A Texas mother of three has gone missing after telling her husband she was going to get food – and her car was found hundreds of miles away in New Orleans with her belongings still inside.

Michelle Reynolds, 48, a teacher at Fairview Junior High in Alvin, near Houston, was reported missing by her husband Thursday after she left home in her Lexus RX300, KHOU reported.

“She said that she was going to get something to eat and she never returned,” Michael Reynolds told the station.

“We were able to unlock the car and found that her personal items were still in the vehicle but she was not in the vehicle,” Michael told KHOU. “Her phone has not been used. Her phone was in the car. Her phone did have charge but it was turned off.”

Meanwhile, surveillance video has emerged of the missing woman, who was spotted on Friday, Fox 26 Houston reported.

“We did get surveillance of her actually parking her car on Saint Peters Street at 12:01 p.m. Friday afternoon and then kind of what direction she was walking,” Tim Miller with search-and-rescue group Texas EquuSearch told the news outlet.

“Saint Peters Street is pretty close to the Mississippi River,” he added.

The nonprofit group dispatched a helicopter to search for Reynolds along the banks of Mississippi, Miller said.

“In the beginning we were wondering, ‘Was she carjacked? Is something else happening?’ Until we got that surveillance and yes, she parked at 12:01 p.m., got out of her car, and started walking. So we know now that foul play did not happen from point A to point B,” Miller told the outlet.

“Hopefully, she’s confused, and she’s wandering around over there and somebody’s going to see her, and we’re going to get her back safe. That’s certainly the goal,” he added.

The mom’s kids and students have not handled her disappearance well, according to KHOU.

“I am heading back to Houston now because I have three children. My daughter is having a really tough time and so is my 13-year-old daughter and my 11-year-old son as well,” Michael told the outlet.

“Please be on the lookout for Michelle. We love her and miss her dearly. We’re doing everything we can to bring her home safe,” he added.

In a statement, the Alvin school district said it has been assisting the family.

“We were made aware that one of our employees, Michelle Reynolds, has not been heard from since Thursday afternoon. Alvin ISD has reached out to the Reynolds family and has been assisting the family during this difficult time,” it added.

The New Orleans Police Department told WAFB that it had no information about the investigation.

The Brazoria County Sheriff’s Office said there is an active missing person case open and asked anyone with information to call 979-864-2392. 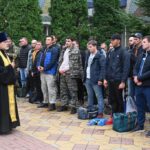 Russian recruits instructed to use tampons, pads on war wounds 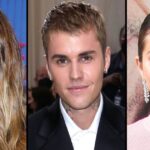 Hailey Bieber on ‘Call Her Daddy’: Quotes on Justin, Selena