In a wild press conference, the mayor of El Paso, Texas — current epicenter of the border crisis — ended a press conference by walking away with the microphone after he was challenged over why he won’t declare a state of emergency by council members.

During the Thursday press conference at El Paso City Hall, Mayor Oscar Leeser announced the federal government had promised to advance the beleaguered city $6 million to handle the tidal wave of migrants it’s currently dealing with.

“We were able to get the funding without having to [declare an emergency],” Leeser claimed Thursday.

However, sources told The Post there’s no guarantee the millions of federal dollars will arrive in time to help it deal with a potential humanitarian crisis caused by the end of Title 42 — the Trump-era COVID-19 policy used to kick out 40% of illegal border crossers — on Dec. 21.

City council member Claudia Rodriguez believes politics is getting in the way of solving the issue. Leeser has previously admitted the White House had asked him not to declare an emergency.

“There is no logical reason for him not to declare an emergency other than El Paso is the sixth largest city in the states of Texas and if El Paso declares an emergency, then that means that the border is not secure and there’s something bigger going on and the whole narrative of a ‘secure border’ falls apart,” Rodriguez told The Post.

Democrat Leeser also said he doesn’t want to declare an emergency to keep the Republican governor of Texas, Gregg Abbott, from getting involved in El Paso’s handling of the situation.

“He has told me himself that the governor is very difficult to work with and that he’s going to come into El Paso and militarize the entire operation,” said Rodriguez.

The city is currently seeing 2,500 migrant apprehensions a day — a number that could double to 5,000 when Title 42 ends.

El Paso has been dealing with a migrant surge since August which has strained local resources and cost the local government almost $10 million, which it is eventually hoping to get reimbursed.

“The $6 million is promised, but we have not yet received it,” said Rodriquez. “We’re days away from Title 42 being lifted and I’m not sure what’s going to happen if we don’t receive those fundings.”

Although the City of El Paso is also seeking funding from the State of Texas, those funds are not guaranteed either, unless the city declares an emergency. The only person who can do that is the mayor.

During the press conference, city council member Isabel Salcido said: “I still urge the mayor… I know it’s to his discretion, but I still urge to [declare an emergency.”

Leeser took to the podium and claimed an emergency declaration wouldn’t make a difference in helping El Paso get funds.

Deputy City Manager Mario D’Agostino disagreed, pointing out how it would open up additional streams of funding.

“That declaration allows the state to open additional funding outside of their normal budget,” explained D’Agostino.

However, as soon as D’Agostino finished speaking, the mayor took the microphone from the podium, not allowing anyone else to speak and ending the meeting. 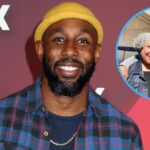 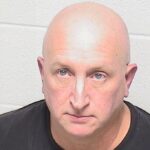