A Texas man accused of beating and starving a woman he met on the dating app Bumble was released from jail after posting $50,000 bond, according to reports.

Deputies with the Harris County Constable’s Office Precinct 4 responded to a call in Tomball, Texas on Dec. 29 after reports that a woman was assaulted by a man she met online, later identified as Mills.

After an investigation, deputies determined the victim was at Mill’s residence five days earlier and allegedly held against her will.

The woman also claimed to deputies she was sexually assaulted multiple times before finally being able to seek help from a neighbor.

Court documents state that the victim claimed when she arrived at his apartment, Mills attempted to have sex with her, and as soon as she denied the advances, he began to assault her with a closed fist, would not let her leave, and bit her on the neck and face, KRIV reported.

The victim also told authorities Mills struck her with the handle of a screwdriver when his hands got tired.

Police said the victim claimed she was denied food and water while at Mill’s residence and had suffered “serious bodily injury” from the assault.

She was taken to an area hospital and treated for her injuries.

Constable Mark Herman made a statement last week saying Mills was arrested and booked into the Harris County Jail and charged with first-degree aggravated kidnapping. 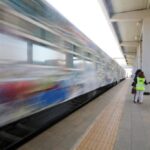 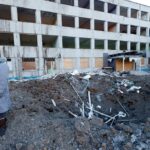 Russia says it killed over 600 Ukrainian soldiers in rocket attack