A federal judge in Texas struck down President Biden’s student debt relief program in the latest legal blow to his plan to forgive hundreds of millions of dollars in unpaid loans.

Judge Mark. T. Pittman, of the US District Court for the Northern District of Texas, ruled Thursday that Biden does not have “clear congressional authorization to create a $400 billion student loan forgiveness program.”

The Biden Administration invoked emergency powers to authorize the program without congressional approval following a pressure campaign from leftist Democrats who argued that the COVID-19 pandemic gave them the right to cancel student debt.

The Education Department cited its legal authority to cancel debts in a 2003 law — The HEROES Act — which gives the executive branch broad powers to “alleviate the hardship that federal student loan recipients may suffer as a result of national emergencies” like the COVID-19 pandemic, according to a Justice Department opinion.

Pittman ruled Thursday that the HEROES Act does not give Biden the authority to cancel student debt for millions of Americans, and such a sweeping measure would require congressional approval.

“In this case, the HEROES Act — a law to provide loan assistance to military personnel defending our nation — does not provide the executive branch clear congressional authorization to create a $400 billion student loan forgiveness program. The Program is thus an unconstitutional exercise of Congress’s legislative power and must be vacated,” Pittman, who was nominated by former President Donald Trump in 2017, wrote.

The nonpartisan Congressional Budget Office estimated that Biden’s plan would cost taxpayers $400 billion, with the additional deferment of payments and interest accrual on student loans through the end of 2022 costing taxpayers another $20 billion.

The 8th US Circuit Court of Appeals sided with the states, and issued an order in October prohibiting the Biden administration “from discharging any student loan debt under the Cancellation program” until court proceedings for an injunction are completed.

Last week, Supreme Court Justice Amy Coney Bryant denied a second emergency application to block the loan forgiveness plan from going into effect — this one brought by two men from Indiana who claimed the program would cause them irreparable harm due to a burdensome state tax bill.

The suit had been rejected by an Indiana judge on the grounds that the two could not prove their tax burden was “traceable” to Biden’s loan cancellation program.

On Oct. 20, Barrett rejected a separate request from the Brown County (Wis.) Taxpayers Association to block the program on the grounds that it would cost taxpayers billions of dollars.

In both cases, Barrett neither commented on the filing, asked the Justice Department to respond, nor referred the matter to her other colleagues. 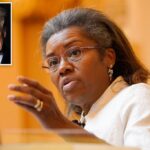 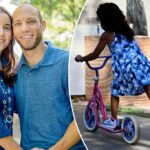