Texas Gov. Greg Abbott ripped President Biden Wednesday for the ongoing “invasion” of migrants at the southern border and warned the White House that Texas will escalate its efforts to repel illegal immigrants.

“Your inaction has led to catastrophic consequences,” Abbott, 65, wrote in a letter to the 79-year-old president.

“Under your watch, America is suffering the highest volume of illegal immigration in the history of our country,” added Abbott, accusing Biden of “dereliction of duty.”

The governor charged Biden had refused to enforce US immigration laws and protect the state from invasion, which Abbott wrote had “forced me to invoke Article 1, section 10, Clause 3 of the US Constitution” in order to protect Texas from “invasion by the Mexican drug cartels.”

The clause in question states that states cannot call up troops, enter in alliances, or “engage in War, unless actually invaded, or in such imminent Danger as will not admit of delay.”

Abbott on Wednesday ordered the Texas Department of Public Safety and Texas Military Department to escalate efforts to slow or stop the flow of thousands of migrants illegally crossing the Mexico border each month.

Those efforts have already involved deploying thousands of National Guard troops and Texas state troopers to turn back border-crossers. The governor has also been bussing thousands of migrants to liberal cities like New York, Washington DC, Chicago and Philadelphia.

“Texans are paying the price for your failure,” Abbott told Biden, before accusing the president of ignoring the problem altogether.

“Your silence in the face of our repeated pleas is deafening,” the governor wrote. “Your refusal to even visit the border for a firsthand look at the chaos you have caused is damning. Two years of inaction on your part now leave Texas with no choice but to escalate our efforts to secure our State.”

An even bigger surge of migrants is expected at the southern border after a federal judge struck down Title 42 on Tuesday.

The Trump-era border policy allowed law enforcement to swiftly expel migrants caught entering the country illegally. Title 42 was implemented at the onset of the COVID-19 pandemic as a way to remove border crossers, including asylum seekers, for public health reasons without first hearing their cases to stay. 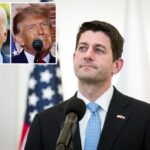 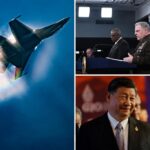