EL PASO, Texas — The Texas Department of Public Safety uses a range of tactics including air surveillance and agents on the ground to smash human trafficking rings operated by cartels.

Both were deployed this week to raid a “stash house” in the border city’s downtown which held 12 migrants who had sneaked into America illegally from Mexico.

One of the agency’s pilots had spotted a red Jeep from the sky as it lumbered down Country Club Road — the vehicle’s back end sloping down under the weight of all the people crammed inside.

“Vehicles that are loaded down like that are always a tell-tale sign they are stuffed with migrants,” said a DPS agent who followed coordinates given by a two-man helicopter team to locate the stash house, which in this case was a filthy one-bedroom, ground floor flat in a low-rise apartment complex.

On Wednesday, The Post participated in a ride-along with DPS — a state law enforcement agency that includes highway patrol and the storied Texas Rangers — and witness the aftermath of the raid.

Inside the house, The Post found empty Coca-Cola cans, balled-up tin foil wrappers and discarded clothing that had been carelessly thrown. In the kitchen, an empty refrigerator held a half-used jar of peanut butter. A white stuffed animal — a smiling bunny — lay forgotten on a stool.

The foyer was littered with the shoe laces migrants are told to remove once they are detained by Border Patrol agents, a safety precaution as laces can be used either as a weapon to strangle others or for a person to hang themselves with while in custody.

Despite the mess, there was a semblance of order in the bedroom closet which housed an array of baseball caps, plastic drawers filled with underwear, and piles of neatly folded jeans, sweatshirts and T-shirts.

The clothing is reserved for recently arrived migrants, many of whom show up wet and covered in mud from their journey across miles of scrubland and wading through the nearby Rio Grande, DPS agents told The Post.

“That’s probably one of the cleaner and better-organized stash houses I have ever seen,” said a DPS agent who did not want to be identified.

It’s not clear if the dozen migrants detained at the stash house had had time to change their clothes after their journey. Most of the migrants, who hailed from El Salvador, Guatemala and Mexico, according to DPS agents, were being loaded onto a Border Patrol truck as The Post arrived early Wednesday morning.

“I feel really bad,” said a young woman who was sitting in the back of a Border Patrol vehicle, and told The Post she was from Guatemala. “I thought I had made it. I wasn’t expecting this.”

As El Paso struggles under a surge of thousands of migrants and a recently declared state of emergency, DPS agents provide valuable intelligence for federal Border Patrol agents. They also go after the smugglers and their network of drivers and stash house custodians who help migrants cross the border, then often hold them in prison-like conditions in the US until their families can pay ransoms for their release.

DPS agents have been bracing for the migrant tidal wave ever since more than 15,000 mostly Haitian migrants overwhelmed the Texas city of Del Rio in the southwestern part of the state last year, a DPS spokesman told The Post.

When thousands began to pour across the border on the eve of the termination of Title 42, a Trump-era policy that requires federal agents to return migrants to Mexico, DPS agents were prepared. This week, the Supreme Court extended the controversial pandemic policy until after Christmas, and local law enforcement is bracing for that extension to stretch into the spring.

“When we saw what was happening in Del Rio, we asked ourselves what will we do if that happens here?” said Jose Sanchez, Regional Director of DPS’ West Texas Region, which oversees 36 counties over more than 61,000 square miles.

“We didn’t want citizens to feel unsafe, so we began increasing highway patrols, communicating with our law enforcement partners. Communication has been key, and we’ve been told again and again that our intelligence operations have been really helpful to Border Patrol.”

Sanchez told The Post he has more than 100 agents working 12-hour shifts, exclusively dedicated to the current migrant crisis.

There are hundreds of stash houses on both sides of the nearly 2,000-mile length of the US southern border with Mexico. In addition to housing migrants, smugglers use the mostly derelict properties to store drugs and weapons, according to law enforcement. 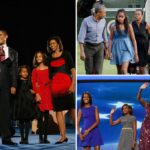 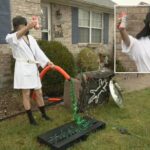