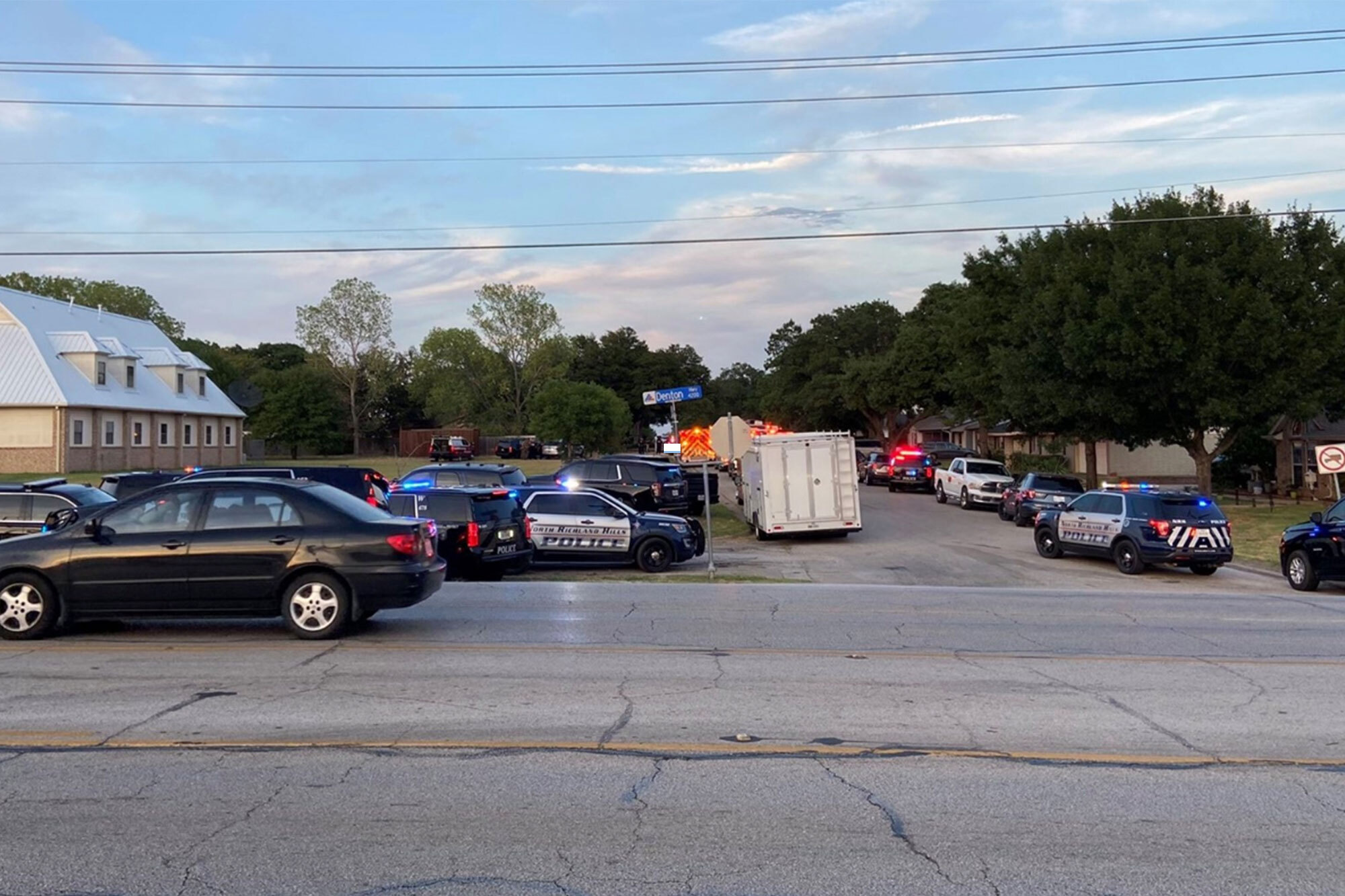 Three Texas police officers were injured and one civilian was killed in a shootout Saturday night, reports said.

It wasn’t clear if the gunman was the person who was killed, according to The Fort Worth Star-Telegram, which reported that police said suspect was left dead or injured

The incident happened after police in Haltom City, outside Fort Worth, issued a statement warning residents to stay in their homes just after 8 p.m.

“We are working an active scene and have an armed suspect,” a Facebook post by the department read.

“He is described as a white male, dark hair, wearing blue shirt, blue pants, “battle belt,” and is armed with a rifle.”

Multiple police officers, including members of a SWAT team, were seen flocking to a residential neighborhood.

People in the neighborhood told the newspaper they heard multiple gunshots and saw police surround the suspect and carry him away.