Lawmakers in the Lone Star State are considering a bill that would ban individuals and business entities from China, Iran, North Korea and Russia from buying land in Texas.

Senate Bill 147 is similar to measures put in place by Canadian Prime Minister Justin Trudeau as Russia went to war with Ukraine. Despite that, some Texas leaders are already declaring the proposal “racist.”

“It’s unfathomable that our state leaders, who are elected to serve in the best interest of all of their constituents, would target groups of people from different nations and prohibit them from their right to own property.”

Houston Republican Lois Kolkhorst introduced the legislation that already has the support of Gov. Greg Abbott.

“The growing ownership of Texas land by some foreign entities is highly disturbing and raises red flags for many Texans,” Kolkhorst stated in a press release. “Passing this law delivers some basic safeguards to ensure Texans remain in control of Texas land.”

The legislation is also a reaction to a land deal where over 130,000 acres near Laughlin Air Force Base in Del Rio were bought by a Chinese billionaire and former Chinese People’s Liberation Army general, according to the Center Square.

Opposition to SB 147 continues to mount. George planned a rally for Friday afternoon to draw attention to the bill. 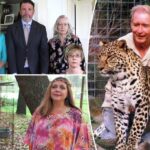 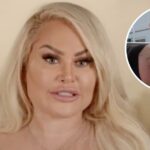