Texas authorities rescued 84 migrants from the back of a tractor trailer in a neighborhood near the southern border on Thursday.

The asylum-seekers were discovered after a resident of Weslaco spotted a semi-truck offloading people at a residence in the small city, Hidalgo County Sheriff Eddie Guerra said.

The city is located about 8 miles north of the US-Mexico border.

Guerra said authorities are investigating the potential human smuggling case. Additional details including the conditions of the migrants and any arrests were not immediately available.

The truck carrying the migrants reportedly appeared on a TikTok video a day earlier that sought somebody who could drive the truck from McAllen to Houston for $70,000, Fox News reported.

The Texas Department of Public Safety confirmed to the outlet that the video was related to the 84 migrants found in Hidalgo County.

“That is why we are experiencing an increase in human smuggling events along the border,” Olivarez said. “Many individuals from larger metropolitan areas such as Austin, Houston, Dallas, San Antonio, and even out of state are being recruited as drivers through social media platforms to smuggle illegal immigrants.” 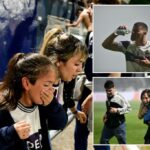 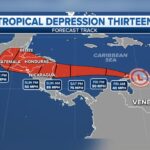