The mechanical engineering student’s family reported him missing when he failed to show up for a lunch to celebrate his graduation.

“His family had come into town for what was supposed to be a happy, a joyous occasion. And certainly, circumstances have changed to now where it’s kind of a family’s worst nightmare,” AANBV executive director Chuck Fleering told FOX 7 Austin.

Earlier this week, Hoang’s family identified his silver 2009 Lexus in a video from the day he went missing. He appeared to be driving westbound on Highway 21 after getting gas at a Shell station in nearby Caldwell.

“Given the fact that he was in a vehicle with a full tank of gas, and it has been since Friday. Realistically, he could be anywhere,” Fleering told the outlet.

While Fleering is working closely with the College Station Police Department and the Texas Department of Safety on the case, Hoang’s family has organized a Facebook page dedicated to their own search.

“He was supposed to graduate but I’m not sure what happened that would cause him to leave,” Hoang’s uncle Bao Hoang told KRHD, noting that his nephew’s disappearance was “very uncharacteristic.”

“We really want him to come back and be with us and we love him obviously and think highly of him. We’re doing all we can in the investigation,” he continued.

When asked to share a message with his nephew, Bao Hoang encouraged the young man to return home.

“Tanner, we love you. God loves you,” he said. “Come home as soon as you get this message or the messages that have been on Facebook for you … We hope that everything will come to a conclusion that will be a reunion with the family.”

The College Station Police Department did not immediately respond to The Post’s request for a comment. 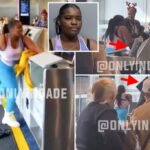 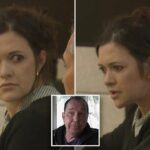