Stunning photos show the mangled wreckage of the electric car in rocks close to the water’s edge after the horror crash Monday at a notoriously perilous part of the Pacific Coast Highway near Montara.

“Every one of us was shocked when we saw movement out of the front windshield,” said local fire chief Brian Pottenger.

“The damage to the vehicle would indicate that hit and then flipped several times.”

Pottenger called it an “absolute miracle.”

While awaiting helicopters, rescue teams rappelled down to the car, where they found two adults along with a 9-year-old boy and a 4-year-old girl.

All four were conscious and alert, and the kids only suffered “moderate injuries” and were “more scared than hurt,” the fire chief said.

“We go there all the time for cars over the cliff and they never live. This was an absolute miracle,” Pottenger said.

It took several hours amid constant rain, heavy winds and crashing waves to cut the victims out of the car using the “jaws of life” tools.

The kids were pulled up in a basket before the helicopters arrived to rescue the adults, who suffered more traumatic injuries, Pottenger said.

It was not immediately clear whether the four occupants were members of the same family. The two adult victims were initially listed in critical condition.

It was also not initially clear what caused the crash, although it does not appear that the driver was using the Tesla’s autopilot or self-driving modes at the time, officials said.

“It’s definitely a treacherous stretch of California,” Pottenger said of the stretch about 15 miles south of San Francisco. 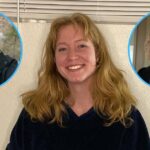 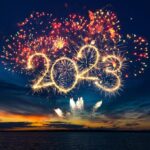