The Maine teenager and suspected radicalized Islamist extremist charged with attacking NYPD cops near Times Square had been on the FBI’s radar for about three weeks before the New Year’s Eve slashing, law enforcement sources told The Post on Tuesday.

Trevor Bickford’s mom Audra Simpson called police in their town to express concerns about her 19-year-old son’s increasing obsession with Islam on Dec. 10, and local cops passed the tip on to the feds, the sources said.

The FBI placed him on its “Guardian Watchlist” — but its unclear what other action was taken before he boarded an Amtrak train to New York on Dec. 29.

Two days later, Bickford allegedly set upon cops working the holiday security detail near the Crossroads of the World with a machete, injuring three, including a rookie on his first day who suffered a skull fracture. Sources have said the attacker yelled “Allah Akbar” or “Allahu Akbar” when he lunged at the officers.

An FBI spokesperson on Tuesday declined to comment on the case, telling told The Post that the incident is part of “a very active investigation.”

Bickford — who came to embrace extremist Islamist views as recently as a month ago — was suffering from depression and not taking his meds for over a year, sources said.

He began to read the Quran daily as he became obsessed with Islam, and talked of traveling to Burma or China to commit Jihad, the sources said. The teen had also toyed with the idea of joining Taliban militants in Afghanistan, according to the sources.

Bickford was interviewed by local and federal law enforcement following his arrest and allegedly said that he had ultimately chosen to target somewhere in the US instead, according to sources. The attack itself, however, appeared sudden and spontaneous, the sources said.

Neighbors and sources said Bickford “found religion” in the years after his father, Tom, died from an overdose in 2018 and became increasingly immersed in Islam.

Bickford allegedly told authorities that he’d converted three to four months ago, and more recently became radicalized after reading Muslim texts at a local bookstore, according to the sources.

“This is a classic example of the kind of person [law enforcement] is concerned about when it comes to extremism,” one police source said.

In addition to a “manifesto” he carried with him authorities found several religious texts, including a copy of a document titled “Stop Genocide, Save Rohingya Now, Burma Task Force,” the sources said.

Sources said the alleged homegrown terrorist spent several hours in Times Square and left a sleeping bag, a bed roll and other items at Forest Park in Queens, and booked a room at a Bowery hotel. Police traced him to Queens through a MetroCard he used, the sources said.

Around 9:30 p.m. on Dec. 31, he allegedly lunged at three cops on 52nd Street and Eighth Avenue with a Gurkha knife — a type of machete — and injured the officers before he was shot in the shoulder and wounded by one of the cops.

The troubled teen remained at Bellevue Hospital recovering from his wounds on Tuesday. He was awaiting arraignment on attempted murder and assault charges.

The incident shocked locals in Wells — a resort town on the Maine coast with a population of just over 11,000 — where Bickford once seemed like a typical American teenager, a former honor student and part of a championship-winning high school team.

Shunning the family’s new-found attention, the teen’s mom was spotted posting a “Private Property” signs outside her mother’s home to keep reporters away on Tuesday. 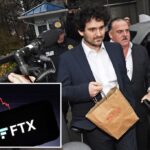 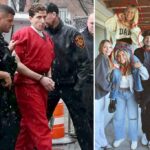