“I think in the spirit of what Christmas is really all about, peoples’ focus should be elsewhere and not on something silly like this,” he shared in a statement through his lawyer to Page Six on Thursday, December 29. “That being said, the girls are very happy with their bracelets and grateful to have received them.”

Accusations started flying after a fan account reposted a video — which appears to have been deleted — of Teresa’s eldest daughter, Gia Giudice, showing fans her Christmas gift haul. In one clip, the Rutgers University student, 21, showcased the bracelet given by her stepdad.

“I’m so so in love with it and so grateful,” Gia told viewers. However, fans on Instagram claimed the bracelet was fake after comparing it to an alleged “real” Cartier box.

“Wondering why these girls wouldn’t Google the real product before posting. It’s obviously different,” one commenter claimed. Another added, “Idk y that crossed my mind when I saw her post, but I knew this was the case.”

A third further explained the claims.

“I’m not Cartier expert. But I do know she’s holding a Love Bracelet box, you can see the slot for the screw. So I don’t know why there’s a Juste Un Clou [bracelet] in it,” they wrote. “I won’t make any inferences beyond that because I don’t know them but I’ve personally never seen Cartier make a mistake like that.”

While tons of commenters threw shots at Louie, 47, for the alleged fake bracelet, others doubled down on the fact that it was, indeed, real Cartier.

“It’s real. I just went to the Cartier flagship and got a bracelet for Christmas,” one commenter claimed. “The inside is padded where the logo is. It’s real. Most fakes have the Cartier logo on the top of the box.”

Teresa, 50, has yet to publicly speak about the allegations. However, she has shared tons of social media posts about her blended family’s first Christmas together, following her and Louie’s August wedding.

“I just want peace, love, happiness and health, and I’m leaving toxicity [behind],” she told People in an interview published on December 26 about the year ahead. “Life is short, it’s very valuable, so you have to value the time that you have on this Earth and surround yourself with good people, good vibes, people that are happy for you. It’s really important, and especially for my children, I want them to see that also. I just want to have a great time.” 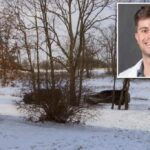 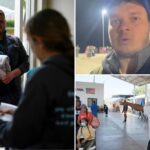 Russians join migrants waiting for end of Title 42 on border