While Teresa Giudice has done time in prison, she can’t put herself in Real Housewives of Salt Lake City star Jen Shah‘s shoes after Shah was sentenced to 6.5 years in prison after pleading guilty to fraud charges for her involvement in a telemarketing scheme that targeted the elderly.

“I can’t relate to that, because I would never do something like that, you know?” the Real Housewives of New Jersey star, 50, said on the Wednesday, January 11, episode of her “Namaste B$tches” podcast.

“Listen, it’s sad, [but] like, I wouldn’t steal anybody’s money,” Giudice continued. “I would not do that. I would never do that, that’s so bad.”

Giudice spent 11 months in a federal prison starting in 2014 on fraud charges that were related to ex-husband Joe Giudice‘s bankruptcy fraud conviction. But she claimed on her podcast that she was “innocent” and “just signed papers that Joe told me to sign.” The Bravo star added that any comparison to Shah’s case “bothers” her.

“I know my kids know that I didn’t do anything. Joe told them,” Giudice explained, adding, “But when you’re stealing [from] people, and the kids could read this, and they’re like, ‘Mom, well, why’d you do this?’ Like what do you say to your kids to that?”

Prosecutors asked for a 10-year sentence for the RHOSLC star due to the nature of her case, as she was called “an integral leader of a wide-ranging, nationwide telemarketing fraud scheme that victimized thousands of innocent people,” in a December 23, 2022, court filing. She was sentenced to 78 months in prison on January 6, 2023.

“At the defendant’s direction, victims were defrauded over and over again until they had nothing left,” U.S. Attorney Damian Williams wrote. “She and her co-conspirators persisted in their conduct until the victims’ bank accounts were empty, their credit cards were at their limits, and there was nothing more to take.”

Shah is required to report to prison on February 17, 2023, and an insider exclusively told Life & Style that she’s “been a complete wreck since the sentencing.”

“She doesn’t want to go to prison, and she still hasn’t wrapped her head around it. She can’t stop sobbing,” an insider told Life & Style exclusively. “Her husband, Sharrieff, is constantly by her side, trying to help her keep it together. She’s a complete mess.” 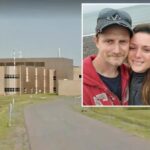 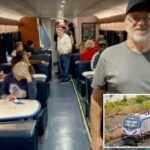