A Tennessee man – whose heart was perhaps two sizes too small – played the role of holiday villain Sunday when he burned down a family’s Christmas tree and a child’s gifts under it, authorities said.

James Walker, 25, allegedly stole items from an apartment and stuffed them in his car before he heartlessly threw a child’s blanket over the tree and lit it on fire, Dyersburg police said in a Facebook post.

Responding officers saw that a window was opened to vent the fire and the home’s smoke detector was covered up, police said.

The victim wasn’t home at the time of the fire that occurred shortly after midnight, but later told police that the suspect was an acquaintance. The victim also told officers earlier that day that she and her brother got into an altercation with Walker, according to authorities.

Dyersburg police – through its outreach program – also help the victimized household by replacing the child’s gifts that were destroyed and even contributed a few extra toys ahead of Christmas Day, the department said. 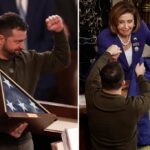 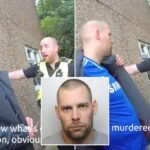 Damien Bendall sentenced to life in prison after confessing to Killamarsh murders.