A small Tennessee police station has been rocked by allegations of wild sexual misconduct, after a married female officer allegedly had steamy romps with six male officers, including illicit on-duty liaisons, according to reports.

Officer Maegan Hall and her fellow law officers allegedly engaged in a wild sexcapades that included sending dirty pictures, taking her top off at a “Girls Gone Wild” hot tub party, and even having oral sex with two officers at the La Vergne, Tenn., police station, WTVF TV reported.

The steamy shenanigans — in which Hall allegedly bragged about the size of one partner’s genitals and claimed to be in a “open marriage” — not only led Hall to be canned, but led to the firings of Sergeant Lewis Powell, Officer Juan Lugo, Sergeant Ty McGowan and Detective Seneca Shields, according to a December internal investigation.

Two other officers who allegedly had romps with Hall — Patrick Magliocco and Larry Holladay — kept their jobs but wound up suspended, according to the reports.

The extracurricular trysts took place at hotels and parties at other officer’s houses and on a boat, Hall was also accused of performing oral sex on Powell and Shields while on duty at the police station and police gym, according to the Dec. 28 internal report.

When asked about the tip, Magliocco admitted to having sex with Hall on “numerous occasions,” the report said.

He told investigators that Hall had told him about Powell’s “big black d–k,” and claimed she had performed a sex act on him while the pair were on the clock, the report said.

Magliocco also said that he had seen Hall and Holladay kiss while watching football at a party, and said Hall had kissed his own wife Amy after learning they had an “open marriage,” according to the document.

When questioned, Powell later denied that he had a sexual encounter with Hall, but said “everybody knows she has multiple partners,” as he named Holladay and McGowan to investigators.

After being caught lying about being at the gym with Hall, Powell admitted to the tryst during a follow up interview, according to the report.

Powell was then involved in a domestic disturbance with his wife, who he told investigators “beat the s–t out of me,” adding that he “would most likely lose his children” after the spurned woman learned of the affair.

Holladay admitted under questioning to having sex with Hall “multiple” times, and McGowan revealed that he once went to Hall’s house with another female and exposed his genitals, according to the graphic report.

After initially denying having sexual relationships with Powell and Magliocco, Hall later copped to the affairs and also admitted having sex with Lugo at a motel after they met at a Go Cart center – a charge that Lugo initially denied before caving under a second interrogation.

Under questioning, Shields said “I have never had sex with Maegan Hall,” until admitting she had performed oral sex on him while on duty when pressed, the inquest found.

Magliocco also noted he had become concerned about Hall’s mental health and heavy drinking — and driving. The officer said Hall had once pulled the trigger on an empty gun pointed at her temple “so she could hear what it sounded like” and said she was suffering from mental illness.

An oft-mentioned event in the report was a Memorial Day party on a boathouse owned by another member of the department, which several officers had brought their children too.

At one point during the party, an “intoxicated” Hall was reportedly being force-fed vodka by Magliocco in the hot tub, at which time her top came off, and other cops stopped the former officer from drinking and helped her cover up “to protect her,” according to Durham’s account.

Lugo, Powell and Shields were also dismissed for violating police procedure and lying during the investigation, along with McGowan — who had been witnessed choking an HR employee.

Holladay, Magliocco and Patrol Officer Gavin Schoeberl were suspended in connection with the probe, officials said.

HR Director Andrew Patton, who authored the report and conducted the investigation, sanctioned the eight officers for various penalties “sexual activity while on duty, sexual harassment, conduct unbecoming of an officer, and lying during the course of the investigation.

It was further revealed that Hall and many of the male officers had shared lewd text messages and pornographic images of themselves.

“Pornography and offensive pictures in the workplace are forms of sexual harassment. These items are offensive, inappropriate, and can lead to a hostile work environment for other employees,” the report said. 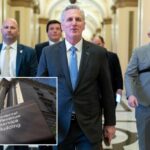 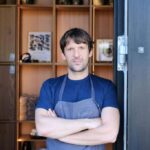