What Is Tricuspid Atresia?

The MTV star announced the birth of his third daughter on June 10 with a series of photos shared via Instagram.

“[I] Don’t really know how to start this off,” Cory – who also shares daughter Ryder with ex Cheyenne Floyd and daughter Mila with his girlfriend – wrote alongside a photo of Maya in an incubator. “There’s sooo much I wanna say, so much I’ve felt over the past week. … Maya was diagnosed with Tricuspid Atresia.”

“Tricuspid atresia is a form [of] congenital heart disease,” he explained. “It happens when the heart’s tricuspid valve does not develop. This valve plays a part in the heart’s essential function, which is to pump blood between the lungs and body.”

According to the Mayo Clinic, “A baby with tricuspid atresia can’t get enough oxygen through its body,” causing them to “tire easily,” experience shortness of breath and “have blue-tinged skin.”

How Is Cory and Taylor’s Daughter Doing Now?

After recovering from her first open heart surgery, Maya was released from the hospital on June 14.

“We have had some dark days, but today isn’t one of them. Maya got discharged from the hospital and we finally made it home,” the proud dad shared.

As Maya approaches her four-month birthday, the couple are preparing for her second of three surgeries.

“We’re approaching her Glenn procedure which is an open heart surgery, and I’ve never been more afraid of anything in my life,” Taylor shared in a lengthy Instagram post on September 26.

According to the Center for Disease Control (CDC), a Bi-directional Glenn Procedure “creates a direct connection between the main pulmonary artery and the superior vena cava. … This allows blood returning from the body to flow directly to the lungs and bypass the heart.”

“As she gets bigger, her oxygen drops more which is why she needs the surgery,” the Portland, Oregon, native continued. “She’ll be in so much better health once this one is over. She’s in the most vulnerable state she’ll be in her entire life right now as we speak. After this she’ll have a [three and a half] year break.” 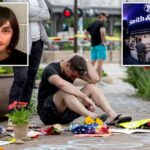 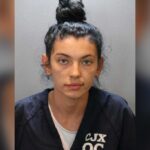