A teenage couple died after their Jeep was T-boned by a semi-truck at a Tennessee intersection Thursday night, police said.

Former high school football star Austin Moffitt, 18, was driving the SUV and rolled through a stop sign at Tennessee State Route 28 and John Burch Road near Dunlap before the fatal wreck, according to a police report obtained by the Charlotte Observer.

A 2019 Freightliner drove straight into the driver’s side of Moffitt’s car, killing him, his 19-year-old girlfriend Alexis McCann, Tennessee Highway Patrol said.

The truck driver was not injured. He and the teen couple were all wearing seatbelts.

Both Moffitt and McCann graduated from Sequatchie County High School in May.

“So heartbroken to hear the news of the loss of a former player and students of mine,” a former teacher wrote on Facebook. “Austin Moffitt was such a great young man and player.

“Alexis was such a sweet girl and a great student. She worked extremely hard. This is such a devastating loss for the community. They will both be missed by many. Pray for these families.”

“Austin was a wonderful young man and an outstanding football player. He will always be remembered in our hearts. Alexis was his biggest fan,” Sequatchie County Football Quarterback Club, of which Moffitt was a member, wrote on Facebook.

The football team is accepting donations to help Moffitt’s family cover funeral costs and will be hosting a BBQ Oct. 7 in his honor.

“They where both young and had so much more life to live!!” a family friend of Moffitt wrote on Facebook. “We will miss you buddy!!!” 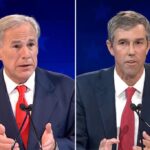 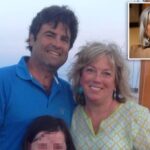