A 17-year-old Texas boy was arrested early Friday for allegedly shooting dead his co-worker and roommate as she was taking down Christmas decorations at the home they shared.

Suspect Cayman Wilson, from Crosby, was charged with manslaughter and is being held at the Harris County Jail on $150,000 bond.

Law enforcement officials said the deadly shooting took place around 9 p.m. Thursday in the 4400 block of Sherri Lane in Crosby, about 20 miles northeast of Houston.

Dikeman’s grandfather told the local news outlet that she had gotten off work at the family’s deer processing business around 7:30 p.m. and went home to remove Christmas decorations with her two co-workers, both age 17.

According to family members, Wilson and the other teenage boy were also Dikeman’s roommates and friends.

Wilson was allegedly helping Dikeman take down the holiday decorations when he grabbed a shotgun and fired it at the student, killing her.

Sgt. Greg Pinkins, with the Harris County Sheriff’s Office, told reporters the firearm possibly belonged to Dikeman’s other roommates who were not present during the shooting.

According to court documents obtained by The Post, Wilson killed Dikeman “while playing with a firearm.”

Dikeman’s grandparents described Wilson as a “good kid” and said they do not want him to face criminal charges in this case.

“It’s bad enough that he has to live with what happened the rest of his life,” Dikeman’s grandfather told ABC13.

Dikeman, the youngest of three siblings, was majoring in educational administration and was set to graduate next year.

Wilson is due back in court for a preliminary hearing next Tuesday. 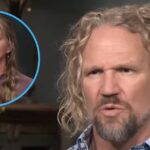 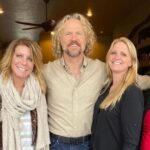