Cormick Scanlan, a sophomore at Cretin-Derham Hall in St. Paul, underwent surgery on Dec. 15 after suffering the stroke about three weeks ago, Fox 9 reported.

He was diagnosed with moyamoya disease, a rare blood vessel disorder in which a skull artery becomes narrowed or blocked.

In the bypass surgery, surgeons reportedly repaired a carotid artery with blood vessels from his head.

“We kind of thought, ‘Hey now we know what it is, they’re going to do this procedure and he’s going to battle back,’” Scanlan’s coach Derek Weinke told the outlet.

“We don’t know what it’s going to look like on the other side, but it’s Cormick, he’s going to battle through this and then things took a turn and then it got worse,” he added.

“This is a kid who lived what we talk about every day,” Weinke said. “The values of selflessness, of hard work, integrity… these are all things that this young man had.”

Scanlan was a member of the St. Paul Capitals hockey organization.

“The Capitals mourn the loss of Cormick Scanlan. Cormick was a Capitals player from his time as a mini-mite through his past two seasons on our Bantam AA team,” the group said on its website.

“During his Peewee B1 year, Cormick’s signature move was the ‘choo choo,’ which featured him using his size and speed to beat defenseman to the net. On his way past defenders, parents would shout, ‘choo choo as Cormick charged past defenders towards the net,” it added.

Cretin-Derham Hall also issued a statement in which the school called the tragic boy an “outstanding student” and “bright young man” who “impacted so many.”

“It is with deep sadness that we share that one of our students, sophomore Cormick (Mick) Scanlan, died December 25, 2022 from complications from a stroke he suffered earlier this month,” it said.

School President Frank Miley said in a statement: “We are deeply saddened by the loss of Mick, yet our faith makes us confident that he is in the loving arms of Jesus.

“As a community, we stand alongside his family and friends as we all mourn the loss of this bright young man who has impacted so many,” he added.

Athletic Director Matt Funk said: “Cormick was a hardworking kid who was a fierce competitor and outstanding teammate.

“He led by example and modeled our Culture Creates Champions motto in everything he did. His impact was felt through our entire school community and he will be greatly missed,” Funk said.

In a heart-wrenching update on Caring Bridge, Heather Scanlan wrote that her son “passed away peacefully last night surrounded by his parents and Grammy T.

“There is something beautiful about him starting his heavenly journey on Christmas. We are thankful for the time Mick granted family and friends to visit one last time. Maybe the Christmas miracle was the support our community has continuously shown our family. It has been astounding,” she continued.

“Words cannot express how much joy Cormick brought his family. We are heartbroken,” the grieving mother added. 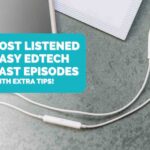 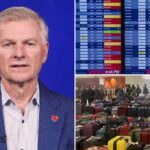