​Sen. Ted Cruz has demanded authorities go through President Biden’s papers held at the University of Delaware after more classified material dating back to Biden’s time in the Senate were discovered at his Wilmington residence last week.

Cruz said the university, Biden’s alma mater, has more than 1,800 boxes from his 36 years in the Senate.

The lawmaker added that the school “presumably” does not have a SCIF — a sensitive compartmented information facility required to view the most highly sensitive of classified documents.

“During the 2020 campaign, there was a concerted media effort to try to get access to those documents. In particular, there were allegations of sexual harassment raised against Joe Biden, and the media wanted to examine the documents on those allegations of sexual harassment. The University of Delaware has said, ‘Nope, they’re not releasing the documents to anybody until two years after Biden retires from public life,’” he said.

“I am right now calling for the Department of Justice, for the FBI to examine all 1,850 boxes of those Senate records to see how many additional classified documents are in those records,” Cruz continued. “The answer should be none. But given Biden’s pattern, we should have zero confidence that there are not multiple classified documents within those 1,850 boxes of Senate records.”

The president’s lawyer confirmed on Saturday that an FBI search of Biden’s Wilmington home on Friday turned up another six items marked classified.

Biden has found himself engulfed in a scandal surrounding the documents after it was revealed earlier this month that classified papers had been found at the Penn Biden Center think-tank in Washington on Nov. 2 — just six days before the midterm elections.

The Justice Department, which conducted Friday’s hunt, is now reportedly considering expanding their searches to other locations connected to the president.

In November, Garland named veteran prosecutor Jack Smith to investigate former President Donald Trump after boxes of classified documents were uncovered at his Mar-a-Lago resort in Florida in an FBI raid in August. 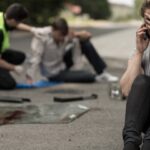 5 Ways These Wrecks Change Your Life 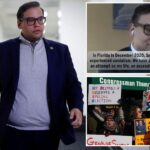