A large group of Venezuelan migrants appeared distressed, teary-eyed and in panic at the Mexican border in Tijuana on Thursday – hours after President Biden announced they would be deported from the US.

The migrants were photographed at the El Chaparral crossing port of entry in Tijuana, shortly after Mexico agreed to accept the Venezuelans now being expelled by the Biden administration.

Several women appear to be clamoring for attention as they clutch their belongings, including paperwork and bottles of water. Several young men also are seen raising their arms.

“We’re in despair, we went through so much,” Yair Andrade, who arrived in Tijuana through Central America with his wife and kids told Reuters.

“We still don’t know how to enter the program. We can’t go back to Venezuela, we have nothing there now,” he added.

The Biden administraion made a U-turn on its “catch and release” policy, which has allowed tens of thousands of asylum seeking migrants to stay in the U.S. during lengthy legal proceedings, and re-instated a Trump-era rule, Title 42,to expel Venezuelan migrants who arrive at the southern border to Mexico as part of a deal brokered Wednesday.

As part of the deal the US will grant 24,000 Venezuelans humanitarian entry through air travel — if they have a sponsor in the states. No details have been given about what Mexico stands to gain from the arrangement.

Republicans immediately seized on the timing of the change in policy – which comes weeks before mid-term elctions – calling it a stunt.

“Biden cares more about performative politics and his party’s midterm chances than he does saving lives,” Republican National Committee spokesman Will O’Grady told the Washington Examiner.

“There is no quick fix to this problem — but new leadership would be a solid start,” he added.

The U.S. does not have diplomatic ties with Venezuela and Mexico has previously refused to accept Venezuelans from the U.S. because their home country is not accepting them back. The country has now said it will admit the migrants “temporarily” to help ease problems at the southern border.

The US has seen an influx of the migrants as political turmoil and economic instability under the leadership of Venezuelan President Nicolas Maduro has rocked the South American country.

The new scheme has got off to a rocky start. When Border Patrol in El Paso, Texas, attempted to enforce Biden’s order, Mexican authorities refused to accept them, Republican Texas Rep. Tony Gonzales told The Post.

“Border Patrol worked with Mexican authorities to send about 100 folks over and Mexico sent them right back,” Gonzales said of the Wednesday night incident in Texas.

“They basically said we don’t have the logistics nor the infrastructure to handle these people … that was a big fail,” he added.

On Thursday, Venezuelan migrants stranded at the Mexico border worried they might never reach the US.

Up to 1,000 Venezuelans a day could be expelled to Mexico under the new agreement, two American officials told Reuters.

About 300 Venezuelans were expelled Wednesday after the deal was announced, they said, speaking on condition of anonymity. 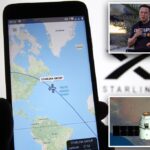 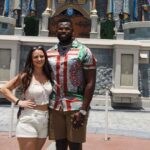 Jaylan Mobley Moves Out of Home With Leah Messer After Split