A 7-year-old Louisiana girl mauled to death by a neighbor’s pitbull is being remembered by her teachers as having “a light inside her.”

The principal at Woodlawn Elementary said moving forward after Sadie Davila’s death on Friday will be difficult for heartbroken staff and students.

“From the day that her grandma came to register her, she just had a light inside of her that could not be contained and absolutely anybody who she comes into contact with just instantly falls in love with her,” Vanessa Bloss, the principal at Woodlawn Elementary, told WAFB.

Bloss added the “abrupt and senseless” nature of the attack only adds to the grief over the little girl’s death.

Sadie’s music and drama teacher of two years, Grace Feucht, said the youngster had a positive energy even throughout the pandemic.

“I know going into school on Monday, there are some things in my perspective that will be shifted,” she said.

Sadie had been playing outside her family’s East Baton Rouge Parish home around 6:30 p.m. Friday when her neighbor’s dog got loose and “viciously attacked her,” according to arrest documents.

A family member tried to ward off the ferocious animal, but the dog couldn’t be deterred. After the attack, investigators found the dog with blood around its face and mouth, and a “substantial” amount of blood was later discovered in Sadie’s yard.

The young girl was taken to the hospital to be treated for multiple dog bites to her face and severe skull damage, and later died there, police said.

The dog was euthanized Friday night. Its owner, Erick Lopez, was not home at the time of the deadly attack, and was charged Saturday with negligent homicide for failing to confine or restrain the animal. 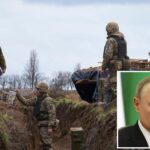 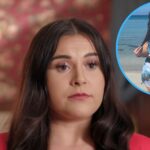