Others went even further, with one fan tweeting, “Damn, I wish John Mayer was still with us, I know my guy would’ve absolutely loved this website if he was alive today. RIP.”

The song “Would’ve, Could’ve, Should’ve” features lyrics that listeners are convinced point to the Pennsylvania native’s former relationship with the “Your Body Is a Wonderland” crooner, 45. The two were romantically linked from 2009 to 2010 when Taylor was 19 years old and John was 32.

“At 19, and the God’s honest truth is that the pain was heaven,” the Grammy Award winner sings in one verse of the track. “And now that I’m grown, I’m scared of ghosts / Memories feel like weapons / And now that I know, I wish you left me wondering / If you never touched me, I would’ve gone along with the righteous / If I never blushed, then they could’ve never whispered about this.”

This isn’t the first time John has faced major backlash from Swifities, though. In October 2010, Taylor released her single “Dear John,” which included a similar lyric about their age difference: “Dear John, I see it all, now it was wrong / Don’t you think 19’s too young to be played by your dark twisted games, when I loved you so? / I should’ve known.”

“It made me feel terrible because I didn’t deserve it,” he said. “I’m pretty good at taking accountability now, and I never did anything to deserve that. It was a really lousy thing for her to do.”

However, the drama surrounding the track didn’t stop there. Nearly 10 years later, Taylor dropped the updated song “Dear John: Taylor’s Version” in November 2021. And some of her loyal fans quickly took to social media to blast John once again, while some directly messaged him.

Upon seeing a slew of DMs from angry people, John shared a screenshot from one exchange, which read. “F–k yourself you ugly bitch I hope you choke on something.”

He responded to the Instagram user, whom he chose “at random to reply to.”

“I’ve been getting so many messages like these the past couple days,” John’s message read. “I’m not upset, I just tend to have a curious mind and feel compelled to ask. Do you really hope that I die?” 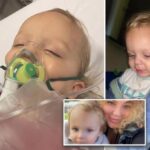 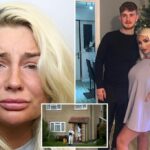