Firebrand Rep. Marjorie Taylor Greene dismissed praise by Rep. Matt Gaetz on Wednesday and instead blasted him for the weeklong delay in electing a House speaker earlier this month.

The fireworks started after Gaetz (R-Fla.) offered his congratulations to Greene (R-Ga.) on Twitter after the House GOP Steering Committee appointed her to the Homeland Security and Oversight committees on Tuesday.

But the Georgia lawmaker was anything but thankful for the plaudit, and slammed him for holding up House business to oppose Rep. Kevin McCarthy’s (R-Calif.) speakership only to obtain what she sees as minor concessions.

“Bravo [Marjorie Taylor Greene]! She’s going to do amazing work for the people on these key committees she has EARNED,” Gaetz tweeted Wednesday.

To which Greene responded, “Thanks to [McCarthy] & Steering for voting me on the committees I requested on the submission form most of us filled out.”

“Too bad we’re weeks behind after you spent a week only getting [motion to vacate] from 5 to 1,” she added.

“As the leading MAGA voice in Congress, I look forward to committees,” Greene wrapped up her tweet.

Greene supported McCarthy for speaker on all 15 ballots throughout the House standoff earlier this month, and she urged McCarthy holdouts to vote for him. At one point she was spotted on the phone apparently with former President Donald Trump, himself a McCarthy supporter, attempting to get anti-McCarthy members to speak with him.

After days of intense negotiations, McCarthy convinced most of the 20 GOP holdouts to change their votes, in part by agreeing to lower the number of members necessary to bring a vote to remove him from speaker from five to one, known as motion to vacate.

Gaetz and the five other final holdouts switched their votes to “present,” allowing McCarthy to take the gavel.

“Well, we got a few other things but I’m thrilled the [motion to vacate] is back to the pre-Pelosi standard.  Totally worth it!” Gaetz said in response to Greene’s criticism.

“We the People will be in better hands with MTG holding the corrupt Biden Admin accountable via committee service.  I’m so here for it,” he added, praising her again.

Greene was stripped of her assignments on the Education and Budget committees in a nearly party-line vote in February 2021 after social media posts she made endorsing conspiracy theories resurfaced. Greene also liked a Facebook comment calling for the murder of then House Speaker Nancy Pelosi (D-Calif.).

Last October, the far-right Greene warned McCarthy that he would need to give her more “power” and “leeway” in order to keep GOP voters happy.

“I think that to be the best Speaker of the House and to please the base, he’s going to give me a lot of power and a lot of leeway,” Greene told the New York Times Magazine. “And if he doesn’t, they’re going to be very unhappy about it. I think that’s the best way to read that.

“And that’s not in any way a threat at all,” the 48-year-old lawmaker added. “I just think that’s reality.” 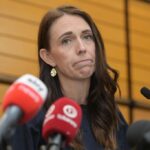 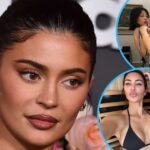