Iranian authorities arrested one of the country’s most famous actresses Saturday after she shared her support publicly for the nation’s ongoing protest movement, according to state media.

Taraneh Alidoosti, who starred in the 2016 Oscar-winning movie “The Salesman,” was detained a week after she posted a message on Instagram expressing solidarity with Mohsen Shekari, the first man executed over the protests, Iran’s state-run IRNA news agency reported.

″His name was Mohsen Shekari,” the 38-year-old actress wrote to her 8 million followers on her now-suspended account. “Every international organization who is watching this bloodshed and not taking action, is a disgrace to humanity.”

Alidoosti was arrested because she did not have “any documents in line with her claims,” state media reported, noting she was among several celebrities who had “been summoned by the judiciary body over publishing provocative content,” some of whom had been arrested.

An Iranian court had charged Shekari with blocking a street in Tehran and attacking a member of the country’s security forces with a machete. He was executed by public hanging on Dec. 9. Days later, Iran executed Majidreza Rahnavard in connection the protests, his body left to hang from a construction crane.

Protests have raged across the country following the Sept. 16 death of 22-year-old Mahsa Amini, who had been detained in Tehran by the country’s morality police unit.

At least 495 people have been killed in the demonstrations and more than 18,200 detained amid a brutal security crackdown, according to Human Rights Activists in Iran.

At least a dozen others have been sentenced to death, according to activists. 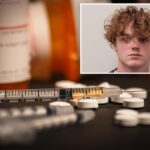 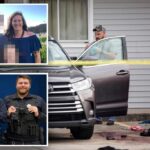