A former beauty queen who’s been called “Wifey” by Tate claimed that she discussed his arrest and jailing with the Islamic extremists in charge of Afghanistan.

“They are worried about Andrew Tate and they are asking us if he’s free yet,” former Miss New Jersey Sameera Khan tweeted Saturday. “They say westerners need Andrew Tate because we are oppressed by feminists.”

Khan, a self-described “anti-woke journalist,” later posted a warning she got from Twitter that said unidentified “people from Germany” had filed a complaint about her tweet through the Network Enforcement Act.

“This entire website is filled with p*ssies,” she complained.

Khan is an outspoken supporter of Tate, 36, who’s been called the “king of toxic masculinity” and a “dangerous misogynist” for controversial comments that include saying women should “bear some responsibility” for getting raped.

Last month, Khan wrote that she “will continue defending” Tate — “especially knowing how much it triggers leftists.”

Khan resigned as the Washington correspondent for Russia’s state-run RT America cable TV network in 2018 after coming under fire for tweets in which she defended the prison camps run by the late Russian dictator Joseph Stalin.

RT America shut down in March after DirecTV stopped carrying it in response to Russia’s unprovoked invasion of Ukraine.

The Taliban have been widely condemned for brutally oppressing  Afghanistan’s women and recently restored a requirement that they wear full-body coverings known as burqas.

The group also gave sanctuary to al-Qaeda leader Osama bin Laden but was forced from power by the American invasion that followed the Sept. 11 attacks.

Then-President Donald Trump struck a peace deal with the Taliban in February 2020, which led President Biden to order the withdrawal of US troops from Afghanistan in August 2021.

But the end of America’s longest war was accompanied by chaos and violence that included a suicide bombing at Kabul’s airport, killing 13 US troops and as many as 170 civilians.

The botched exit led to a plunge in Biden’s job approval rating, from which he hasn’t yet recovered. 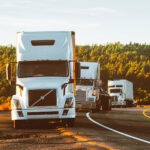 How To Choose The Right Fleet Tracking System 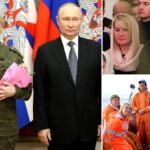 Why does mystery blonde keep popping up in Putin photo ops?