The Taliban on Friday called for Prince Harry to face trial for war crimes after he bragged about killing 25 troops in Afghanistan — which former UK military leaders fear could “incite” assassination attempts.

The fundamentalist group’s interior minister, Anas Haqqani, insisted on Twitter that leaked sections of the exiled royal’s memoir, “Spare,” were akin to him confessing to “war crimes.”

“Mr. Harry! The ones you killed were not chess pieces, they were humans; they had families who were waiting for their return,” Haqqani wrote of the 25 Taliban troops Harry confessed to killing in a 2012 tour of Afghanistan.

“Among the killers of Afghans, not many have your decency to reveal their conscience and confess to their war crimes,” he wrote.

The interior minister — the youngest son of the founder of the feared Haqqani terror network — raged at the way the young prince admitted that he did not see those he killed “as people” but as “chess pieces removed from the board.”

“The truth is what you’ve said; Our innocent people were chess pieces to your soldiers, military and political leaders,” Haqqani wrote of the estranged son of King Charles III.

“Still, you were defeated in that ‘game,” he gloated of the Taliban’s return to power after a humiliating withdrawal by Western troops.

The Taliban’s police spokesman in Kabul, Khalid Zadran, told The Telegraph that the prince should be brought before an “international court” after “proudly confessing [the] crime.”

“Prince Harry will always be remembered… Afghans will never forget the killing of their innocent countrymen,” said Zadran, who maintained that the confessional helped legitimize the Taliban’s own brutality against then-occupying NATO troops.

“The cruel and barbaric actions of Harry and others aroused the Afghan population and led to an armed uprising against them. We call this kind of uprising holy jihad,” Zadran said.

Haqqani, the interior minister, conceded that the prince would not be brought before the International Criminal Court (ICC) — but gave ominous warnings that his confessional would not be forgotten.

“I don’t expect that the ICC will summon you or the human rights activists will condemn you, because they are deaf and blind for you,” he tweeted.

“But hopefully these atrocities will be remembered in the history of humanity.”

Harry’s blasé recollection — in which he admits his personal tally of kills doesn’t “embarrass” him — also sparked outrage and horror from retired UK military leaders who fear it will “incite” further violence against Harry as well as other veterans and active troops.

Colonel Richard Kemp, who took command of British forces in Afghanistan in 2003 before his retirement, was among those fearing the Taliban and its extremist followers may be “motivated to kill Harry.”

“Let’s hope they don’t succeed,” Kemp told Sky News, insisting that Harry’s suggestion that the UK military saw its enemies as less than human was “the total opposite of the truth.”

“This will incite some people to attempt an attack on British soldiers anywhere in the world,” he warned, saying that veterans would also be at risk.

“The impact on his own personal security is even greater,” he warned, saying it will have “re-incited those people who wish him harm.”

“It undermines his personal security. He has shot himself in the foot,” Kemp also told The Sun.

Retired Colonel Tim Collins told Forces News that Harry’s revelations were a betrayal to his former colleagues, comparing it to the prince’s attacks on royalty.

“Harry has now turned against the other family, the military, that once embraced him, having trashed his birth family,” Collins raged.

“I wonder whose path he has chosen? In the end I see only disappointment and misery in his pursuit of riches he does not need and his rejection of family and comradely love that he badly needs.”

Other veterans — including some praised by Harry — made clear his latest attacks are a step too far.

“Love you #PrinceHarry but you need to shut up!” tweeted Ben McBean, a former Royal Marine who lost an arm and a leg in the war and whom Harry has hailed a hero.

“Makes you wonder the people he’s hanging around with. If it was good people somebody by now would have told him to stop.”

An active trooper who said he was “so proud” to have served alongside the prince told in Afghanistan told LBC radio on Friday that Harry had broken “an unwritten rule” by bragging about his kill list.

“It’s never shared. It’s shared only with those that know, and only with your absolute closest friends,” said the military man, who did not identify himself. “It’s hugely disappointing.”

“I’m really not interested in Harry’s personal problems – but his Afghanistan claims are threats to national security,” Nuseibeh tweeted.

The UK’s Ministry of Defence told The Sun it would not comment on Harry’s claims nor the possible risks they posed, citing “security reasons.” 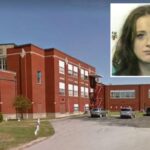 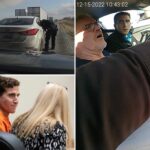 FBI denies it asked cops to pull Bryan Kohberger over