Migos member Takeoff died at the age of 28 on Tuesday, November 1.

Takeoff – whose real name was Kirshnik Khari Ball –  was fatally shot while attending a private event at a bowling alley in Houston, Texas, multiple outlets confirmed.

TMZ reported that the event was held at 810 Billiards and Bowling in downtown Houston. The party was attended by approximately 40 to 50 people, while the shooting took place around 2:40 a.m.

Keep scrolling to find out his cause of death and more.

What Is Takeoff’s Cause of Death?

Following the shooting, Houston police confirmed that one victim was found dead with a gunshot wound to his head or neck. After the authorities arrived at the scene of the crime, two other victims were taken in private vehicles to hospitals.

His cause of death has not yet been confirmed.

Takeoff’s uncle and fellow Migos member, Quavo, was present at the time of the incident. According to photos published by TMZ, Quavo was seen kneeling by someone following the incident.

What Was Takeoff Best Known For?

The Georgia native was best known as a member of the rap group Migos alongside Quavo and first cousin once removed Offset.

After forming the group in 2008 under the name Polo Club, the three men eventually changed their name to Migos and released their first full-length project, a mixtape called Juug Season, in August 2011.

Migos’ debut studio album, Yung Rich Nation, was released in July 2015. They went on to release the albums Culture in January 2017, Culture II in January 2018 and Culture III in June 2021.

Outside of Migos, Takeoff also released music as a solo musician. His debut solo album, The Last Rocket, was released in November 2018.

Did Takeoff Have Children?

The “Stir Fry” musician never publicly shared any details about his kids, so it’s assumed he was not a father.

Takeoff also never confirmed being married, though he was romantically linked to Dream Doll, Rubi Rose and Lakeya Darshay over the years. 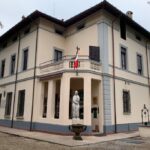 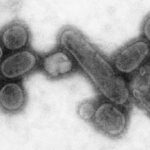