Potty-mouthed people are happy as %@#!.

Swearing can make a person feel more persuasive, powerful, and socially connected — and often has a positive impact on relationships, according to new research.

“Swearing produces effects that are not observed with other forms of language use. Thus, swearing is powerful,” a group of scientists from universities in the UK determined.

For the study, researchers from Keele and Westminster Universities in London examined 100 academic papers to determine if there were benefits to dropping F-bombs.

They found that cursing to emphasize joy leads to “social bonding and solidarity” because it’s perceived as a sign of intimacy among friends — while people are more likely to be “polite” with acquaintances, according to the study, published last month in the journal Lingua.

Folks who curse in text messages also “were judged as more believable or persuasive” than those who didn’t, according to another significant paper cited in the study.

This overview of scientific papers on cursing confirms earlier work by the Keele researchers, who in 2020 had released the results of their own experiments.

In their study, they found that participants who swore were able to keep their hands in icy water longer — and experienced pain less acutely— than those who stayed mum, according to the study.

The researchers ultimately determined the biggest motivation for cussing is to release anger and frustration, including “cope[ing] with feelings of anger in stressful road situations.”

Ulster University in  Birmingham, England also contributed to the study. 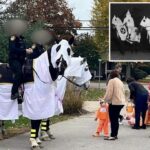 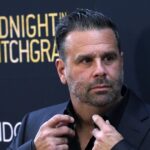