That was some divine intervention.

Dramatic video has captured an SUV flying over a priest’s vehicle in a high-speed crash in Ohio, narrowly avoiding striking the clergyman.

“It’s a miracle,” the Rev. John Bok, an 87-year-old Franciscan priest, told the Catholic News Agency about the incident.

Bok was driving to St. Andrew Catholic Church in Milford, Ohio, to celebrate Mass on the Feast of the Guardian Angels at about 8:40 a.m. Oct. 2 when the SUV driver suffered a seizure.

The stricken man’s SUV barreled toward Bok’s car, which was about to be broadsided — but the vehicle struck a road sign and soared inches above Bok, the footage shows.

Bok continued to drive as the badly damaged SUV landed hard on all four wheels.

He said he is blind in his left eye and wears hearing aids, so he was unaware of his near-death experience until hours later.

“I did not know that that car went over top of me because I was looking ahead and it was to my left and above,” Bok told CNA.

“And out of the corner of my eye I sensed something went by, but I just thought it was a bird or something like that,” he added.

Several hours later, a cop acquaintance approached him at a restaurant and told him he was almost struck by the SUV.

The officer showed him the startling video of the incident that was captured by a camera near a funeral home across the street.

“I was in amazement that it had happened,” Bok said. “One of the mysteries is that it would happen to be that Oct. 2 feast [of the Guardian Angels].

“I don’t know what God was thinking,” he said, adding about the video: “When I see it, I just scratch my head and say, ‘Thank you, Lord.’”

Fortunately, the other driver was expected to recover after being admitted to a hospital. 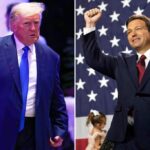 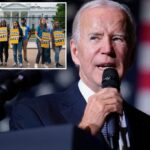