Kemare Bryan, 18, and Chandler Richardson, 19, were each charged with felony murder, assault and weapons counts in connection with DeWitt’s shooting death outside a Dave & Buster’s in Lawrenceville, Georgia, on Oct. 5.

After having been deemed a flight risk and dangerous to the public, the pair of suspects was booked into the Gwinnett County Jail, where surveillance video obtained by WSB-TV showed them being marched into the processing room in handcuffs and ankle zip ties.

The recording also shows jail officials taking down the inmates’ information, patting them down and photographing them for their new mugshots.

Bryan and Richardson were arrested last Friday in South Carolina and were later extradited to Georgia, where they appeared before a judge who warned them that they were “going to be here for a while.”

DeWitt, an 18-year-old star wide receiver at Jefferson High School, was on a date with his girlfriend when he was gunned down and bled out in the parking lot of the entertainment complex.

Police investigating DeWitt’s murder did not comment on a possible motive but said they believe the suspects targeted the victim, whom they allegedly knew, and shot him during an altercation.

DeWitt’s mother, however, insisted that her son did not know either of his alleged attackers, and said she believes the shooting may have been part of a botched robbery.

DeWitt’s girlfriend, Bailey Reidling, previously said the couple was on a double date with their friends when the violence erupted.

She had gone to the bathroom, leaving DeWitt in the parking lot. When she came back outside, she said she found her boyfriend of five years lying in a pool of blood.

“I run over to Elijah, and he’s on the ground and I go right over to him, and he mouths to me — the last word he said to me was ‘help,’” Reidling told Fox News Digital.

The high school cheerleader said she forgives her boyfriend’s accused killers — because that’s what Elijah would have done — and feels no hatred towards them.

Bryan and Richardson are facing charges of felony murder, malice murder, aggravated assault and possession of a firearm during commission of a felony. 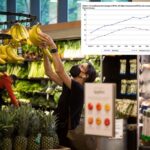 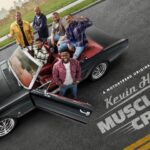