A man suspected of murdering five people at a South Carolina home was arrested following a police chase in Georgia, officials announced Tuesday.

James Douglas Drayton, 24, admitted to shooting five people dead in the town of Inman over the weekend, according to the Spartanburg County Sheriff’s Office.

A fifth victim, identified Tuesday as James Derek Baldwin, 49, was transported to Spartanburg Medical Center and underwent surgery before he succumbed to his injuries.

Police said they believe they were shot around 9 a.m. Sunday morning.

“This is the largest single murder we’ve had in Spartanburg County,” Sheriff Chuck Wright told reporters during a news conference Tuesday afternoon.

While it’s not clear what led to the massacre, police “obtained a full confession from Drayton about this incident,” the sheriff’s office said. Drugs may have been the motive.

“He confessed to the crime,” Wright said. “He basically said he’d been hearing voices. Not sure what that means for him but he knew he’d been using meth and had been up for like four days. Hadn’t slept in four days, probably not thinking.”

Drayton was arrested Monday in Burke County Georgia — about 140 miles south of Inman.

Drayton allegedly pointed a gun at the cashier and robbed a convenience store in Hephzibah.

As officers pursued Drayton as he fled, he reached speeds of 80 mph until he crashed the car, according to an arrest report obtained by WYFF. Drayton then tried to flee on foot but was quickly detained.

“These men and women didn’t deserve what they got,” Wright said. “They did not get justice at all. And just because we have someone in custody doesn’t make things better for these families. It just means that they don’t have to wonder.”

Drayton is charged with five counts of murder and four counts of possession of a weapon during a violent crime. The sheriff’s office said it’s not yet clear if he will be extradited from Georgia. 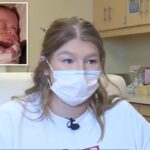 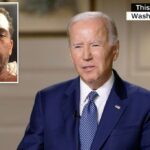