Videos posted to social media show “Kanye is right about the Jews” flashing across the front of TIAA Bank Field at the annual clash between Florida and Georgia in Jacksonville, which draws nearly 70,000 fans each year.

It is believed to have been engineered by saboteurs using their own projection device.

The same message was projected at a downtown office building in Jacksonville Saturday night, according to footage shared online.

Kanye’s Twitter and Instagram accounts were recently suspended after he made anti-Semitic comments including he was “going death [sic] con 3 on Jewish people,” and false claims that Jews control the media, a widely debunked conspiracy theory.

He has also repeatedly said he stands by his claims, leading to other racist incidents against Jewish people.

“Anti-Semitism like this is horrifying and dangerous for Jews everywhere,” the American Jewish Committee wrote in a tweet regarding the projected messages.

Officials from both schools participating in Saturday’s game rushed to condemn the imagery over the weekend.

“The University of Florida and the University of Georgia together denounce these and all acts of antisemitism and other forms of hatred and intolerance,” they wrote in a joint statement. “We are proud to be home to strong and thriving Jewish communities at UGA and UF, and we stand together against hate.”

The Jacksonville Sheriff’s Office addressed the messages Monday, saying it’s investigating the incidents but has not yet deemed them criminal.

“At this time, the Sheriff’s Office has not identified any crimes having been committed; the comments displayed do not include any type of threat and are protected by the First Amendment,” the agency said in a statement.

“Those who spread messages of hate, racism and antisemitism will not be able to change the heart of this city or her people,” he wrote. “I condemn these cowards and their cowardly messages.”

Shad Khan, owner of the Jacksonville Jaguars, said the projections were not reflective of the city.

“It’s not the Jacksonville I know and love and all of us have to work together to absolutely put an end to it. So, let’s stop it,” he told WJXT.

West’s affiliations with several major companies — including Adidas and Balenciaga — have been severed in the wake of his comments.

The Anti-Defamation League tracks anti-Semitic behavior across the US and found over 2,700 incidents of assault, harassment and vandalism in 2021, a 34% increase on the previous year. 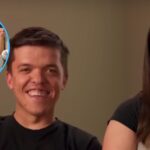 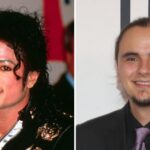