Nearly 58% of Mississippi is experiencing moderate drought, with 1.89 million people affected according to the US Drought Monitor.

Conditions have sent water lines receding to near-record levels on the Mississippi River.

According to NASA, some parts have seen levels drop more than over the course of a decade, raising concerns that saltwater intrusions could affect water supplies.

Louisiana’s Plaquemines Parish has declared a state of emergency and issued a drinking water advisory due to the intrusion.

The US Army Corps of Engineers began construction on an underwater sill in Myrtle Grove. La. earlier this month.

Sunken ships have resurfaced and new islands have breached the surface.

Critical ship and barge traffic for the agriculture industry has been disrupted.

The river moves more than half of all US grain exports, but industry estimates cited by the federal government show the drought has reduced the flow of goods by about 45%.

Barges have been stuck there, according to the US Coast Guard, and ships have been advised to lighten their loads.

NASA, citing reports, said images show well over 100 towboats and barges that waited due to a temporary river closure caused by groundings and dredging work.

In some areas, storage at barge terminals is filling up, preventing more goods from coming in.

Nearly the entire stretch of the river from Minnesota to Louisiana has experienced below-average rainfall in the past two months.

Many visitors have walked across the typically-submerged riverbed, leading to warnings of caution from experts.

Although scientists report that climate change is making droughts more frequent and intense, Brad Pugh, a meteorologist with the National Oceanic and Atmospheric Administration, told The Associated Press that the Midwest drought is likely “driven by short-term weather patterns.”

NOAA said that the drought has also threatened water wells in Iowa and Nebraska and some Mississippi communities have moved to alternate sources of drinking water. 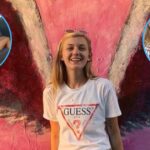 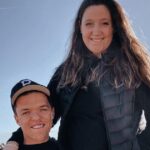