The daughter of the Sultan of Brunei has tied the knot with her first cousin in an extravagant ceremony at her father’s Palace.

Princess Azemah and her new husband, Prince Bahar ibni Jefri Bolkiah, kicked off their week of wedding celebrations in the independent sultanate on the island of Borneo in Southeast Asia on January 8.

Prince Bahar is the son of the sultan’s brother, Prince Jefri Bolkiah.

The lavish string of events began in the Banquet Hall of the palace Istana Nurul Iman, the sultan’s official residence, followed by seven ceremonies.

Among them was the traditional gift exchange, the presentation of the royal insignia, a three-day wedding ceremony and a dining reception.

The bride’s younger brother, Prince Mateen, shared a peek into the wedding on his Instagram with photos from the Powdering Ceremony and the final wedding rite, which was held on January 15.

“So happy for my dearest big sister and BJB,” he wrote alongside the pictures.

The Sultan of Brunei became the world’s longest-serving living monarch after the death of Queen Elizabeth II last September.

Sultan Hassanal Bolkiah is not only Brunei’s absolute monarch and supreme leader of the Islamic faith, but also the country’s prime minister, finance minister, foreign affairs and trade minister, superintendent of police, defence minister and commander of the armed forces, and even chancellor of the national university.

He has a personal wealth estimated at $27.7 billion, which has earned him a place among the world’s richest rulers. 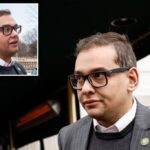 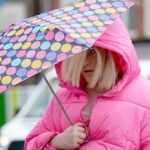