A TikTok tarot card reader doubled down on baseless conspiracies about the University of Idaho murders — publicly mocking and threatening an innocent history professor who is suing her for putting her life at risk.

Web sleuth Ashley Guillard has posted 17 videos in the five days since she first acknowledged she was being sued for defamation by Rebecca Scofield, the respected chair of the university’s history department.

While still offering no proof, she has repeatedly shared wild accusations that the quadruple slaying was orchestrated by the professor, who investigators have publicly stated is not a suspect.

In one of her first posts about the lawsuit, Guillard claimed she was “gleaming with excitement” at the prospect of getting to air her theories in court to prove she wasn’t defaming the prof.

“I’m ON FIRE with excitement! SEE YOU IN COURT REBECCA SCOFIELD!!” she wrote of the professor, who was not in town at the time of the brutal slayings and has said she now fears for her life.

“When I go to court and they see the evidence or they see how I connect the dots, then they’ll make a decision as it pertains to whether they want to continue to live in blinders or believe it,” Guillard similarly told NewsNation. “If they don’t, I don’t care.”

In another clip, the TikToker claimed she knew how the defamation case — as well as the murder trial — would end, because she foresaw it in a tarot reading.

She also mocked the lawsuit in a clip using a filter to look like she was distraught and crying. “I think this is how you want me to feel about a measly-assed $75,000 lawsuit — that I’m gonna win,” she gloated.

Other posts more ominously suggested that the innocent professor would “will regret this lawsuit.”

“You sure you want to do this Rebecca SCOFIELD? This isn’t going to end well for you …” she wrote alongside one clip.

Three days ago, she claimed she had “physical evidence” on the professor, complaining that she had to withhold it to fight the lawsuit.

She vowed to stop discussing it and to “let it play out in the courtroom,” adding: “Hopefully, court doesn’t take too long.”

Guillard last posted three days ago, defending her “credibility” after her prediction that a suspect was being arrested by a certain date did not come true. That, she insisted, was just her being “irresponsible” for posting the wrong date for an arrest that is still “gonna happen.”

She has yet to post on her favored site since Moscow police publicly dismissed her allegations.

The force said Tuesday: “At this time in the investigation, detectives do not believe the female associate professor and chair of the history department at the University of Idaho suing a TikTok user for defamation is involved in this crime.”

“What’s even worse is that these untrue statements create safety issues for the Professor and her family,” the attorney said.

“They also further compound the trauma that the families of the victims are experiencing and undermine law enforcement efforts to find the people responsible in order to provide answers to the families and the public,” the statement continued.

The complaint also said that the professor now “fears for her life and for the lives of her family members.”

Guillard’s posts regularly also focus on Jack DuCoeur, the ex-boyfriend of  Kaylee Goncalves, who was killed along with Madison Mogen, 21, and Xana Kernoodle, 20, and Kernoodle’s boyfriend, Ethan Chapin, 20.

His aunt Brooke Miller told The Post that the 22-year-old has “not only lost the love of his life” but now “half of America” thinks he could “be responsible” because of “the most ridiculous conspiracies.” 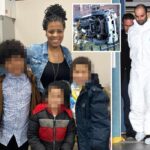 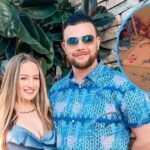