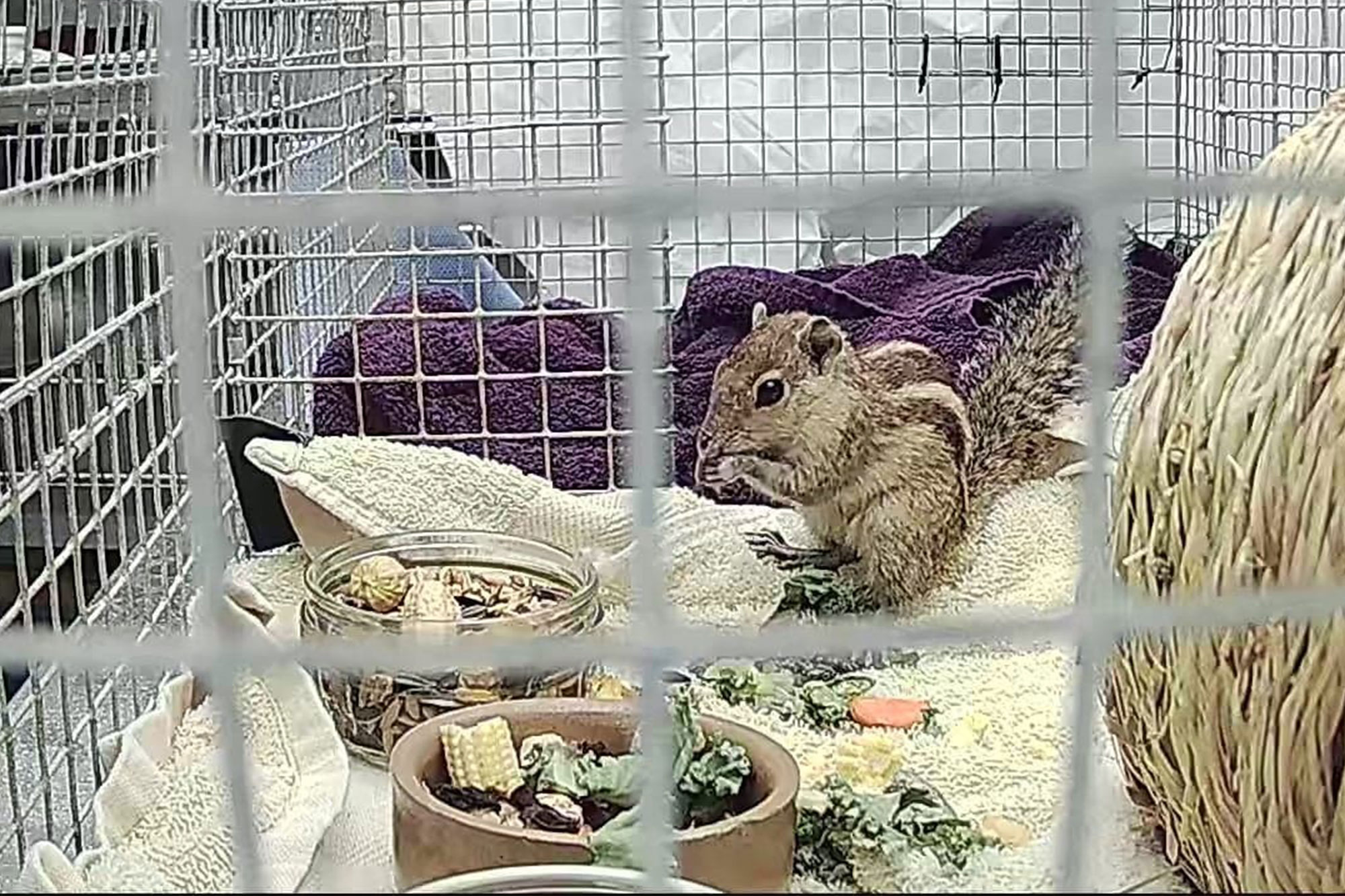 A stowaway squirrel landed in Scotland after traveling thousands of miles aboard a ship that departed from India.

Named Zippy due to his remarkable speed, the squirrel is now in the care of animal rescuers in Scotland who are trying to find a new home for the hopelessly lost rodent, according to The North East Wildlife & Animal Rescue Centre [NEW ARC] in Scotland.

The organization said Tuesday it was contacted by Pest Solutions in Aberdeen about a squirrel that had been found on a ship that had just docked.

The organization told The National that Zippy had spent about three weeks aboard the vessel, Deep Explorer. The crew had captured the elusive squirrel on the ship about three days before the end of the voyage.

“They looked after him and were feeding him grapes to keep him well after they took him into custody,” Keith Marley, of New ARC, told the paper.

“I believe he had been spotted before then but he is faster than a fast thing so he took a bit of effort to catch.”

They determined that the bushy-tailed speedster was a palm squirrel, also known as a three-striped squirrel, one of the three common types of squirrels found in India.

Since he arrived at the animal shelter, Zippy has been quarantined in a large cage where he’s being monitored by staff. After appearing stressed out initially, he seems to have calmed down, Marley said.

“He is doing well,” Marley said. “He was a bit tired and panicked when he first came in, and stressed, but he had a good feed and seems to be behaving very much as a squirrel normally would.”

Marley said it’s unlikely they’ll be able to ship the critter back to India, but have been contacting zoos to see if they have similar squirrels in their collection.