Steve Bannon defied a subpoena to testify at the Jan 6. Committee because he didn’t like the “optics” of taking the Fifth Amendment, a lawyer for the former White House counselor said.

Bannon attorney David Schoen made the remark during an interview with CNN host Jake Tapper on Friday — just hours after his client was sentenced to four months in jail for contempt of Congress.

“Why didn’t he just go before the committee and do what so many other potentially prosecutable suspects in the investigation have done … and just assert the Fifth Amendment for any answers that might incriminate him?” Tapper asked Schoen.

Shoen retorted with a smile, “because he’s Steve Bannon.

“He doesn’t like the optic of taking the Fifth Amendment. I have said before that I tend to think I would advise any client appearing before this committee to take the Fifth, quite frankly, because I have real problems with the political composition of the committee.” Shoen added.

Bannon is free pending an appeal. 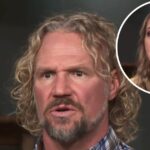 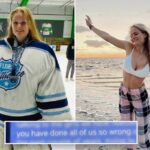