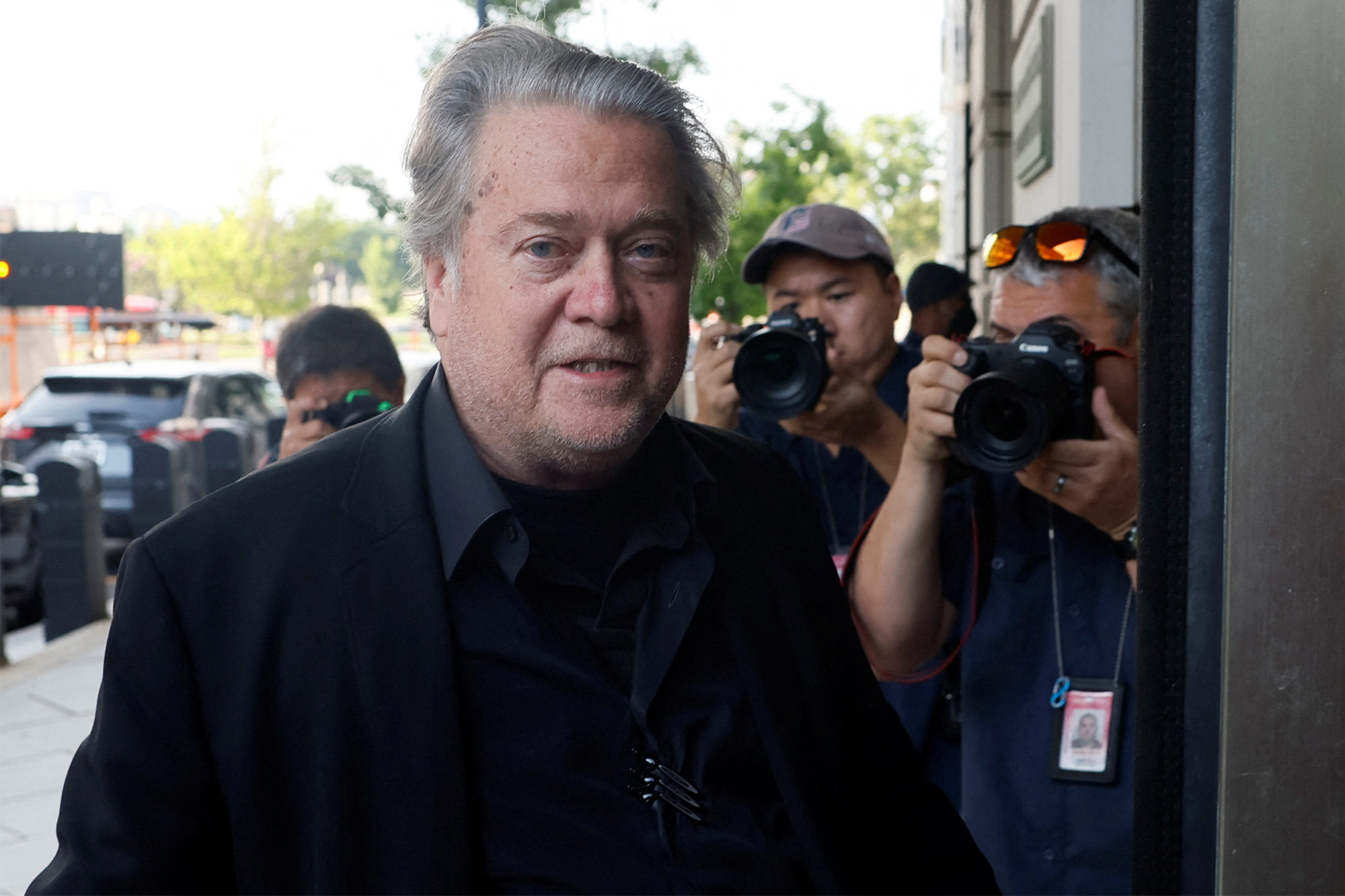 At the time, Bannon maintained he was protected by the former President Donald Trump’s claim of executive privilege – despite having been fired from his position at the White House in 2017.

Before the case was handed over to the jury Friday afternoon, Bannon’s legal team made one final attempt to dismiss the case, requesting US District Judge Carl Nichols to ask jurors if they had watched the Jan. 6 committee’s primetime hearing the night before.

“The nature and substance of the segment present a significant cause for concern regarding possible prejudice to Mr. Bannon’s constitutional fair trial rights and right to a jury trial if a juror viewed the segment or was made aware of it in some manner,” his legal team wrote.

During Thursday’s hearing, the House Select Committee highlighted remarks made by Bannon on former President Donald Trump’s post-election strategy, which was to declare victory even if he wasn’t the winner.

In his closing arguments, Bannon’s attorney Evan Corcoran continued to insist that the deadline dates outlined by the Jan. 6 committee in the fall were only “placeholders,” as lawyers on both sides were negotiating the final terms.

Corcoran accused the committee of rushing “to judgment” in order to “make an example of Steve Bannon.”

The lawyer also attempted to prove that one of the prosecution’s two witnesses, chief counsel to the Jan. 6 committee Kristin Amerling, was biased in her testimony.

Meanwhile, lawyers for the government accused the defense of overcomplicating a very simple case.

“The defense wants to make this hard, difficult, and confusing,” Assistant US Attorney Amanda Vaughn said. “This is not difficult. This is not hard. There were only two witnesses because it’s as simple as it seems.”

A day before, Bannon’s team opted against mounting a defense or calling any witnesses – including Bannon – before the jury.

The decision stemmed from previous rulings made by Nichols that barred the defense from making several arguments, including that Bannon ignored the subpoena on the advice of his counsel or at Trump’s direction.

Another one of Bannon’s lawyers, David Schoen, told the court that because of the rulings, Bannon “understands that he would be barred from telling the true facts.”

However, federal prosecutors have insisted Trump never invoked the privilege to keep him from testifying in the first place.

Friday’s ruling sets a major precedent for Congress’ ability to punish witnesses who refuse to comply with House subpoenas.

So far, only one other Trump aide – trader adviser Peter Navarro – has been indicted on two counts of contempt of Congress. Earlier this month, a spokesperson for Navarro revealed he turned down a plea offer that would have required him to plead guilty.