WASHINGTON — Upstate Rep. Elise Stefanik told The Post on Monday that House Republicans will have to investigate Gov. Kathy Hochul and the actions of her administration next year if the Empire State’s Democrat-led legislature won’t do it.

“She is trying to buy the election and she’s using New York’s taxpayer dollars to do it,” Stefanik said in an interview ahead of the Nov. 8 midterms, in which Republicans are favored to retake the House of Representatives.

Stefanik, the third-ranking House Republican, pointed to a nearly $1 billion slush fund for administrative allocation that was added to the state budget this past summer by Hochul and her fellow Democrats.

She also cited a Hochul donor linked to $300,000 in campaign contributions who was awarded $637 million in state business for rapid COVID-19 tests that were twice the cost of those from other vendors.

“Albany has really become a cesspool of corruption run by Democrats, and I think she is trying to buy this election. I think it’s one of the many reasons why when I stand up at events and call her ‘corrupt Kathy Hochul’, people agree.”

Stefanik, who represents New York’s vast northernmost congressional district, previously led a push to investigate former Gov. Andrew Cuomo after he ordered nursing homes to take COVID-19 patients in March 2020 and then covered up the death count. She was also the first member of Congress to demand Cuomo’s resignation last year over sexual harassment allegations, which he ultimately did in August of last year.

“We’ve seen that Albany Democrats have refused to do any type of investigation — a real investigation — into the nursing home crisis, into the book deal, which of course was Gov. Cuomo profiting off of fudging the numbers —he personally profited off of hiding those numbers of nursing home deaths — and the major ethics issues that Kathy Hochul is under right now,” Stefanik said. “If Albany Democrats refuse to do it, we will and we should at the federal level.”

Hochul holds a consistent a polling edge over Republican Rep. Lee Zeldin heading into next month’s election, in which Cuomo’s former lieutenant governor will seek a full term. According to the RealClearPolitics average of recent polls, Hochul leads Zeldin by 5.3 percentage points.

But Stefanik said Monday that she thinks Zeldin could score an upset.

“One of the biggest lines in addition to firing Nancy Pelosi is when I say ‘Fire Kathy Hochul.’ It’s huge rounds of applause,” she said. “So I think Lee Zeldin has one of our best chances in a generation to win the governor’s mansion. 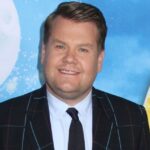 Why Was James Corden Banned From Balthazar NYC? Explained