Pete Buttigieg’s Department of Transportation “failed to respond” to thousands of consumer complaints about America’s airlines and was “unable or unwilling” to hold the industry accountable, more than three dozen attorneys general charged months before a holiday season air travel disaster that left thousands of flights canceled and passengers stranded.

The letter, which was resurfaced this week by the left-wing outlet The Lever, went on to ask Congress to take the authority to investigate customer complaints about airlines away from the Transportation Department and give it “to an agency more primarily focused on consumer protection” — suggesting the Department of Justice or the Federal Trade Commission.

One week after the letter was sent, Buttigieg went on late-night TV and promised travelers all would be well for Christmas following a series of summer disruptions.

A third letter from 34 attorneys general was sent directly to Buttigieg Dec. 16, urging him to “impose significant fines for cancellations and extended delays that are not weather-related or otherwise unavoidable.”

The letter arrived just days before Southwest Airlines, which admitted last month that it was “behind” in modernizing much of its operations, began canceling thousands of flights.

The airline has scrapped more than 13,000 flights since Dec. 22, according to tracking service FlightAware, meaning more than 1 million travelers are believed to have had a flight canceled.

“DOT has issued the largest fines in the history of the consumer protection office this year – helping to get hundreds of thousands of people hundreds of millions of dollars back,” a department spokesman told The Post Thursday. “Further, in August Secretary Buttigieg pressed airlines to do more for passengers who had a flight canceled or delayed when it was under the airline’s control, such as covering the costs of rebooking, guaranteeing meals or hotels. Prior to his urging, none of the 10 largest U.S. airlines guaranteed meals or hotels when a delay or cancellation was within the airlines’ control, and only one offered free rebooking.

“However, after Secretary Buttigieg called on airlines to improve their service and created an airline customer service dashboard that makes the commitments transparent and very accessible to the public, nine airlines now guarantee meals and hotels when an airline issue causes a cancellation or delay and all 10 guarantee free rebooking. The Department will hold Southwest Airlines accountable, including pursuing fines against the carrier if there is evidence that the carrier has failed to meet its legal obligations.”

Buttigieg himself slammed Southwest on Tuesday for the cancellations, and pledged to hold the airline accountable.

“Southwest passengers have experienced unacceptable disruptions and customer service conditions,” he said on Twitter. “I have made clear to their executives that our department will hold Southwest accountable for making things right with their customers and employees.”

The secretary took fresh swipes at the airline on Thursday, tweeting that he would hold Southwest responsible for “unacceptable performance.” He asked followers to tell his department if Southwest fails to reimburse them for travel costs. 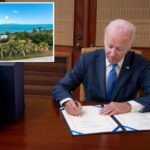 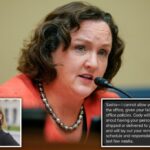