The boat was on its way to the outer borough when the fire broke out in the mechanical room shortly after 5 p.m., FDNY officials said. There were no reported injuries.

First responders rushed to the burning boat, which had been anchored in the harbor just off the pier as firefighters fought the blaze. They contained the fire to the engine room.

The 688 passengers on board were given life jackets, but only some were evacuated from the vessel into tug boats and transported to the St. George ferry terminal in Staten Island.

Some passengers remained on board after the fire had been extinguished. They were pushed to the Staten Island terminal by another vessel.

Despite the scare, most aboard remained calm, according to a Facebook live-stream of the evacuation shared by a passenger who stayed on board showed. Sal Chatman Morando, a Staten Island resident and Manhattan doorman, said a man had started screaming that there was “heavy, heavy” smoke coming from the bottom of the boat.

“I thought he was crazy, I thought there’s no way,” Morando recounted.

Morando was stuck on the boat for nearly two hours, he said, until it was pushed to Staten Island. When the ferry approached the terminal, the remaining passengers were asked to sit on the ground and brace for impact.

Rescue teams are reportedly battering very low visibility and are relying on off radar to reach the ferry, which sources said is a brand new $85 million vessel.

None of the passengers on board were injured, the FDNY said. 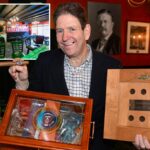 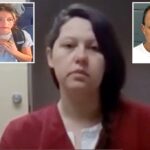