She might have dropped the baby, but Stassie Karanikolaou is still looking good! Kylie Jenner‘s best friend — otherwise known as Stassiebaby — has changed her now-iconic Instagram handle to reflect her full name, but that doesn’t mean the bikini photos are going to stop coming.

“I just felt like it was time to end the era. It was time for a new one,” Stassie, 24, explained on the “Call Her Daddy” podcast in April 2022 about the headline-making Instagram name change. “I’m not Stassie Baby anymore. Like, I’m not a baby, I’m a woman. I’m an entrepreneur. I want to be taken seriously.”

While she’s since become a successful businesswoman, Stassie was originally a well-known Instagram personality thanks to her iconic friendship with Kylie.

“You’ve been the most consistent and loyal friend in my life, and I feel like without you, I wouldn’t be the person I am today,” the Keeping Up With the Kardashians alum, 24, shared during a 2015 interview with Teen Vogue. “Because I wouldn’t be weird anymore. I’d be trying to be normal.”

Stassie, for her part, has also praised the makeup mogul on more than one occasion.

“I can’t even begin to describe how proud and happy I am for you,” the internet personality captioned an Instagram picture after Kylie’s first daughter, Stormi, was born in 2018. “I love you both so much and I’m excited for this new chapter in life. I can’t wait to spoil her and watch her grow.”

While Stassie is often featured in Kylie’s social media posts with her baby girl, the duo has also continued to travel the world on epic vacations together — which often result in some pretty amazing bikini pictures. Can someone say girl power?!

“Obviously never post photos where someone looks bad. Never go to an ex’s party without making sure we don’t care first,” Stassie told Bustle in 2021, sharing her rules for a long-term friendship. “Tell me if my makeup looks bad. [Or] If someone does something that upsets you, [don’t] just brush it off. Speak up and be like, ‘Hey, just so you know this hurt me a little bit.’”

She told the publication that “brutal honesty” is something she’s become accustomed to in friendships and is bringing it into her life online.

“I’m sitting in my bed crying, but I’m posting a photo of me on a beach,” Stassie told the site. “I’m not just a face and a body that everyone sees online. I have a lot of things that I deal with. … Now that I’m being open about [my past] I feel like I can just be myself.”

Scroll through the gallery to see Stassie’s best bikini pics over the years. 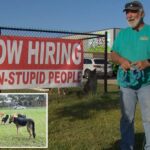 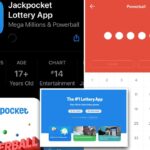