A political action committee founded by Democratic Georgia gubernatorial nominee Stacey Abrams has launched an internal probe following a report this week that it showered cash to friends and families of its director.

“On October 13, Fair Fight PAC became aware that PAC funds may have been incorrectly paid to consultants,” the organization said in a statement Friday. “Our first priority is to organize collective efforts to educate voters, which we will not lose sight of throughout this internal investigation. Fair Fight values transparency and accountability and will face any potential missteps head on.”

News of the investigation came the same day Fox News found that people close to PAC political director Andre Fields — a top aide to Abrams — had been given plum jobs often with no prior relevant experience.

Darius Faulk, Fields’ sister has taken $120,000 from Fair Fight for consulting services since August 2021, according to the report, which cited Federal Election Commission records.

Faulk has worked with the Hofstra University’s women’s basketball program since 2017 and does not appear to have any relevant political experience according to Fox News.

Abrams founded Fair Fight to fight against “voter suppression” in 2018 after her loss to Georgia Gov. Brian Kemp. Fair Fight PAC, an offshoot of the original organization, was created in 2019, according to CNN.

News of the alleged cronyism within the organization comes at an unwelcome time for the Democratic activist and former Georgia statehouse member.

Abrams is challenging Kemp in a rematch this year and polls show her consistently trailing just weeks out from election day. 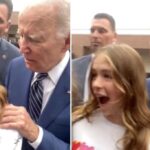 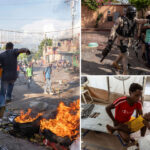