​Stacey Abrams’ campaign is $1 million in debt — despite raising more than $100 million in her second straight unsuccessful Georgia gubernatorial bid​, according to a report Monday.

Though Abrams is known for her fundraising and get-out-the-vote skills, the campaign’s 180 full-time staffers got their last paychecks Nov. 15, just a week after Election Day, the report said.

“People have told me they have no idea how they’re going to pay their rent in January,” ​a former staffer told ​the outlet. “It was more than unfortunate. It was messed up.”​

Groh-Wargo claimed the campaign was hit by a “cavalcade of negative press and negative polling” that hindered fundraising in the final months, adding that it has had to work with brokers to sell donor and voter databases to help pay down the debt. ​​

Abrams lost to Republican Gov. Brian Kemp in a rematch of their bitter 2018 contest.

After suffering defeat four years ago by just under 55,000 votes, Abrams was crushed in the rematch by more than 299,000 votes.

“We did not just lose, we got blown out,” ​Groh-Wargo told Axios. “It was the most sub-optimal situation to be in. And we will be dealing with that situation for some time.”

The campaign manager told Axios that she wanted to “do a lot of things differently. But I had to move as fast as possible.”

“We tried to do the best we could to make sure that help would be there for folks,” ​Groh-Wargo said, noting that the campaign had paid staffers’ health benefits through November.​

However, the report said Kemp’s campaign staff ​was paid through November and received bonuses.

Staffers on the campaigns of Democratic Sen. Raphael Warnock and Republican Herschel Walker were being paid through December, the report said.

“I figured, $100 million? They should be able to pay me until December,” ​one told Axios.

However, another said the campaign’s rate of compensation was relatively high and that the human resources department went “above and beyond” to help them find new jobs.

​”She was running a campaign where there’s always been more money in the future that can fix the mistakes of the past,” he said.

This is not the first time entities linked to Abrams have been questioned about their spending habits.

In October, the Abrams-founded Fair Fight PAC launched an internal investigation after Fox News reported that friends and families of its political director had been given cushy jobs with little to no relevant experience. 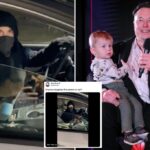 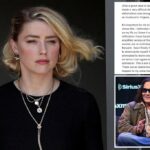