SEOUL – South Korea’s police on Friday said a lack of preparations and an inadequate response were the main causes of the deadly Halloween crush in Seoul last year, wrapping up a monthslong investigation into the tragedy that killed 159 people.

The annual festivities in the popular nightlife area of Itaewon turned deadly on Oct. 29 after tens of thousands of young revelers crowded into narrow alleyways to celebrate the first Halloween free of COVID curbs in three years.

Authorities, including the police, did not devise safety measures even though dense crowds made an accident likely, and did not take appropriate steps after calls for rescue started coming in, said Sohn Je-han, who led the investigation.

“Misjudgment of the situation, delay in sharing information and lack of cooperation among related agencies accumulated to cause large casualties,” Sohn told reporters.

The investigation team has referred 23 people, including the head of the Seoul Metropolitan Police Agency, to prosecutors.

The bereaved families and opposition lawmakers have criticized the police investigation for failing to hold top officials accountable.

“We have so many questions unanswered,” Lee Jong-chul, head of a group representing the bereaved families, told reporters as he arrived at a prosecutors’ office in Seoul. “We came here to give a victim’s statement, expecting a better, expanded investigation.” 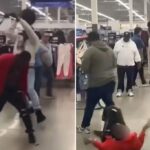 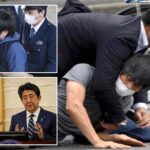