A man accused of twice tossing a dog over a bridge said he was instructed to do by witches, according to police.

Spartanburg County Environmental Enforcement Officers responded to a call Monday, October 3, 2022, of someone tossing a dog from a bridge over water located on Highway 11 in the Fingerville area of Spartanburg County.

A witness told officers that a man was tossing a dog off and over the bridge. Officers searched in the area below the bridge and found a man – later identified as 43-year-old Shannon Lee Cantrell – holding a dog in a choke hold.

Officers determined the distance from the bridge to the ground was approximately 34 feet. The one-year-old dog did not show any visible signs of injury but was “clearly shaken” by the incident, police said. The dog was transported to Greenville County Animal Care for assessment. 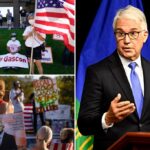 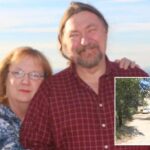