Two paintings with a combined value of nearly $10 million will hit the auction block Monday amid questions of whether they were looted by the Nazis from Jewish owners during the Third Reich, The Post has learned.

Egon Schiele’s “Self Portrait (1910)” and “Standing Girl in White Petticoat (1911)” have gaps in their history of ownership during the Nazi period, between 1933 and 1945, experts say. The paintings are scheduled to be auctioned by Sotheby’s as part of the house’s “Modern Evening Auction” sale on Nov. 14.

One of the paintings, “Self Portrait,” a water color showing Schiele in a contorted pose, has a pre-auction estimate of between $4 million and $6 million, and lists a Nazi art looter Galerie Wolfgang Gurlitt, Munich, as its initial owner.

Gurlitt, a German dealer who trafficked in looted art, was the cousin of Adolf Hitler’s personal art dealer, Hildebrand Gurlitt. He was also close to Hermann Voss, the director of Hitler’s private museum in the führer’s home town of Linz, Austria. Most of the art works collected for the museum, which was in the planning stages during the World War II, were seized from Jewish owners in Nazi-occupied countries across Europe.

“Wolfgang Gurlitt is a ‘red flag’ name of the first order,” Jonathan Petropoulos, an expert on Nazi looted art and a professor of European history at Claremont McKenna College in California, told The Post.

“Wolfgang Gurlitt not only trafficked in Nazi looted art, he was a key figure in the Austrian establishment that denied any responsibility for the Nazi looting program in the decades after the war,” said Petropoulos, author of “Goering’s Man in Paris: The Story of a Nazi Art Punderer and His World.”

“With his lies compounding his problematic art dealing practices, Wolfgang Gurlitt’s name in the provenance is immediate grounds for alarm and for further research,” the author said.

Wolfgang was also related to Cornelius Gurlitt, a reclusive German art collector and Hildebrand’s son who had more than 1,200 paintings, including works by Henri Matisse, Marc Chagall and Pablo Picasso — several of which were proven to have been looted by the Nazis — stuffed in his Munich apartment. The discovery of the paintings, which Cornelius inherited from his Nazi art-dealer father, during a routine check by German tax authorities in 2013 made headlines around the world.

The other Schiele painting at Sotheby’s, “Standing Girl in White Petticoat,” was owned by New Yorkers Frederick and Ilona Gerstel, who were among the first Americans to collect the artist’s works. The water color of a woman who appears to have been interrupted while getting dressed has a pre-auction estimate of between $2 million and $3 million. It was acquired by the couple in 1960, according to the Sotheby’s catalog; but there is no mention of who owned the art during the Third Reich, which is considered a red flag for experts on Nazi loot.

Sotheby’s declined comment last week, but an art world source who did not want to be named said that auction houses vet works with gaps in their provenance through London’s Art Law Register, the world’s largest database of stolen art, as well as the Lost Art Database, set up by the German government.

Schiele was an Austrian expressionist who made portraits of himself and those around him in often nude and unsettling poses. Although he died at 28 in 1918 after a bout of Spanish flu, he was a prolific artist in his lifetime, leaving behind more than 3,000 drawings and paintings. Most of his early collectors were Austrian Jews who were killed in the Holocaust, according to art historian and Schiele expert Sophie Lille.

“Their properties were divested through a succession of forced sales, expropriation and dispersal,” writes Lille in “A Legacy Forlorn: The Fate of Egon Schiele’s Early Collectors,” an essay written for New York’s Neue Galerie’s 2014 exhibition of Schiele portraits. “Others … managed to escape but suffered the partial or complete loss of their property.”

Schiele’s works have been the subject of restitution claims in New York for decades. In 1998, then Manhattan District Attorney Robert Morgenthau ordered the seizure of two Schieles that were on loan to the Museum of Modern Art from a government-run museum in Austria.

The subpoena ordered MoMA not to return the paintings — “Portrait of Wally” and “Dead City III” — to the Leopold Foundation of Vienna until a grand jury completed a criminal investigation into claims they were stolen after the Nazi invasion of Austria in 1938.

The Leopold Foundation loaned the MoMA more than 150 works by Schiele in October 1997 for a three-month exhibit. In 2010, the Leopold Foundation agreed to pay $19 million for “Portrait of Wally.” The other painting, “Dead City III,” was returned to the Foundation following a New York Court of Appeals decision quashing Morgenthau’s subpoena. 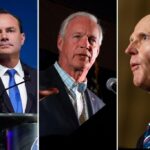 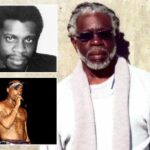