He definitely has a case of the Mondays.

A former Seattle software engineer has been charged with stealing more than $300,000 from the web site Zulily in a scheme inspired by the 1999 cult movie “Office Space.”

Ermenildo Valdez Castro, 28, a former employee for the online shopping company, allegedly began siphoning off money from his employer this spring by making alterations to the company’s software, CNN reported.

Castro installed three types of malicious code, which targeted a small portion of Zulily customers and diverted their shipping fees to a bank account he controlled, KIRO reported.

Castro also double-charged some customers for shipping and sent part of the shipping fee to his account, and lowered items’ prices drastically, which he purchased and had shipped to his home.

The inspiration for the heist came from the plot of Mike Judge’s black comedy flick, where frustrated employees at a software company company install code that swipes fractions of pennies from their employer, Castro told cops.

Castro had allegedly laid out his plans in a OneNote document titled “OfficeSpace Project” on his work laptop, where he detailed a “scheme to steal shipping fees.” 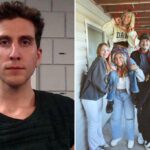 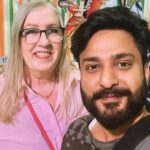 Are Jenny and Sumit Moving to America?